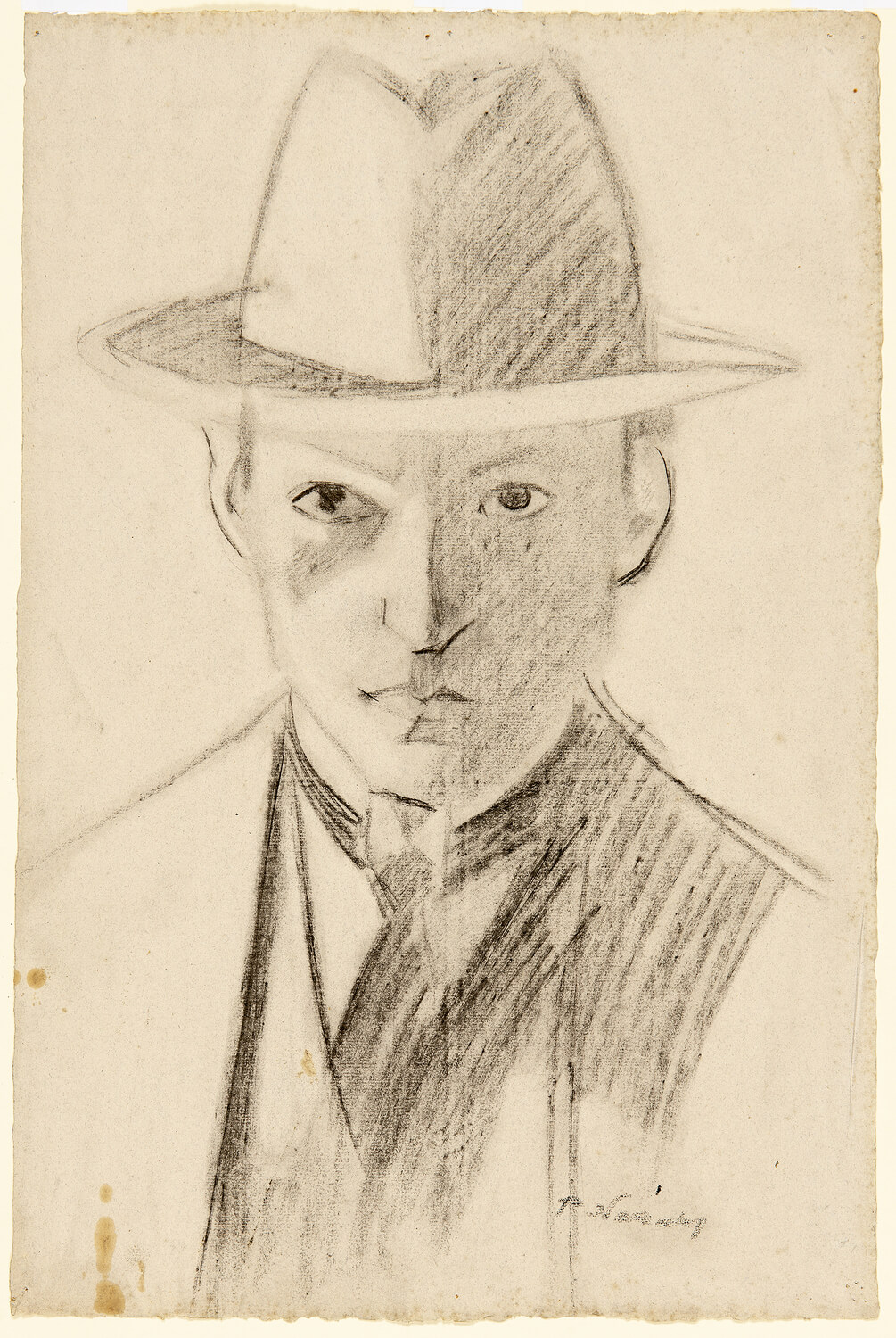 Painter, born in Leeds, who studied at Leeds School of Art, 1910-12 and the Royal Academy Schools, London, 1912-14, following a brief period there he was awarded a scholarship which he took at the RCA until 1916. He exhibited widely in the period 1914-40 and held a solo exhibition at the Harris Museum and Art Gallery, Preston in 1932. He also exhibited at the YUA, ROI, RSA, Ruskin Galleries and the RA. He is best known for his portraits in oil of women and children, and for his atmospheric landscape paintings and sketches of the Yorkshire Moors. Public galleries including Ben Uri, Leeds City Art Gallery, Laing Art Gallery, Leeds University Collection, Harris Museum and Art Gallery, Preston, Stoke-on-Trent Art Gallery and Whitby Art Gallery hold his work. A retrospective exhibition of his portraits was held in Leeds at the Rug Collection Gallery in 2002. 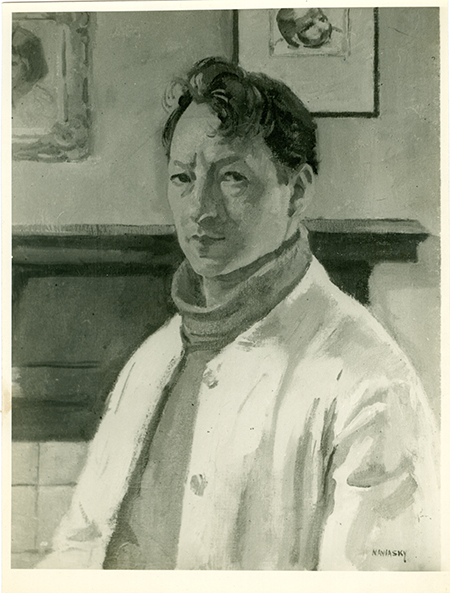 Self Portrait circa 1945 (Russell Cotes Museum)

With thanks to David Wade. 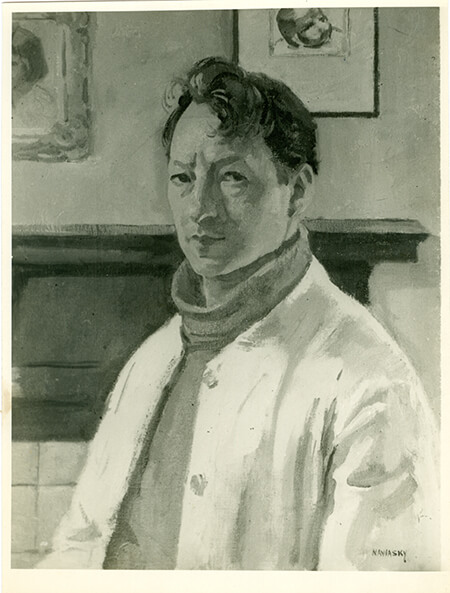 Portrait and landscape painter, born and lived in Leeds, of Polish extraction. Studied at Leeds School of Art. Was then admitted as a student of painting at Royal Academy Schools at 18, said to have been the youngest ever. He also gained a Royal Exhibition award from Board of Education for three years at Royal College of Art. Naviasky was a fluent artist who worked widely in Yorkshire as well as in Spain, the south of France, Morocco and elsewhere. Among his portraits were Lord Nufield the industrialist, the politicians Ramsay Macdonald and Philip Snowden and many Dales characters. Showed at RA, RP, RSA and had a series of solo shows. In late-1960s had to stop painting because of failing sight. Galleries in Leeds, Newcastle, Preston and Stoke-on-Trent hold in work. 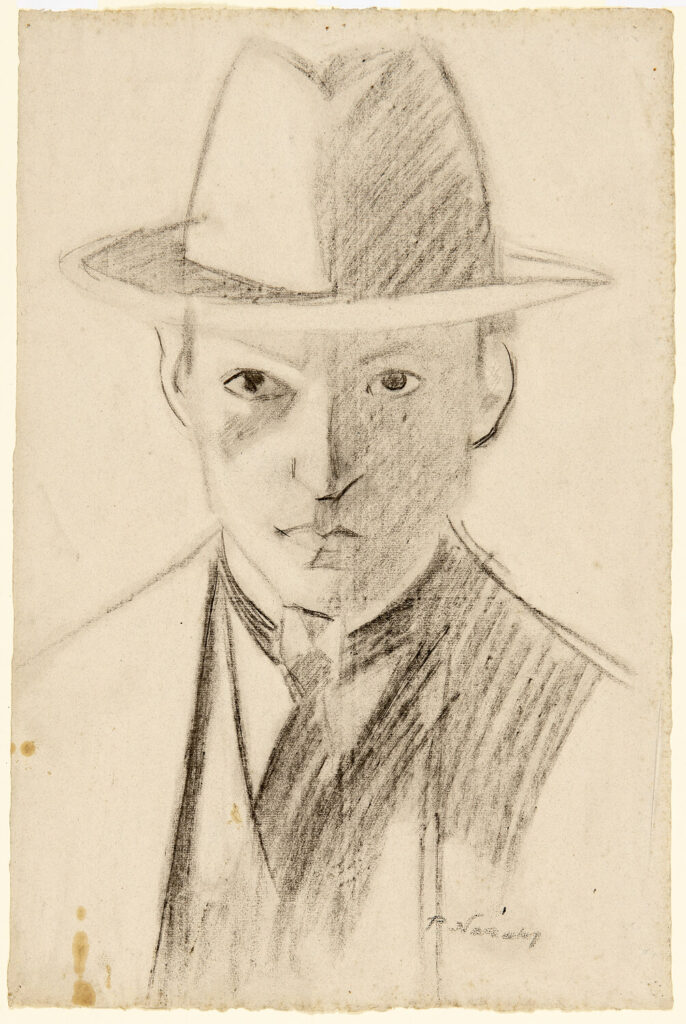