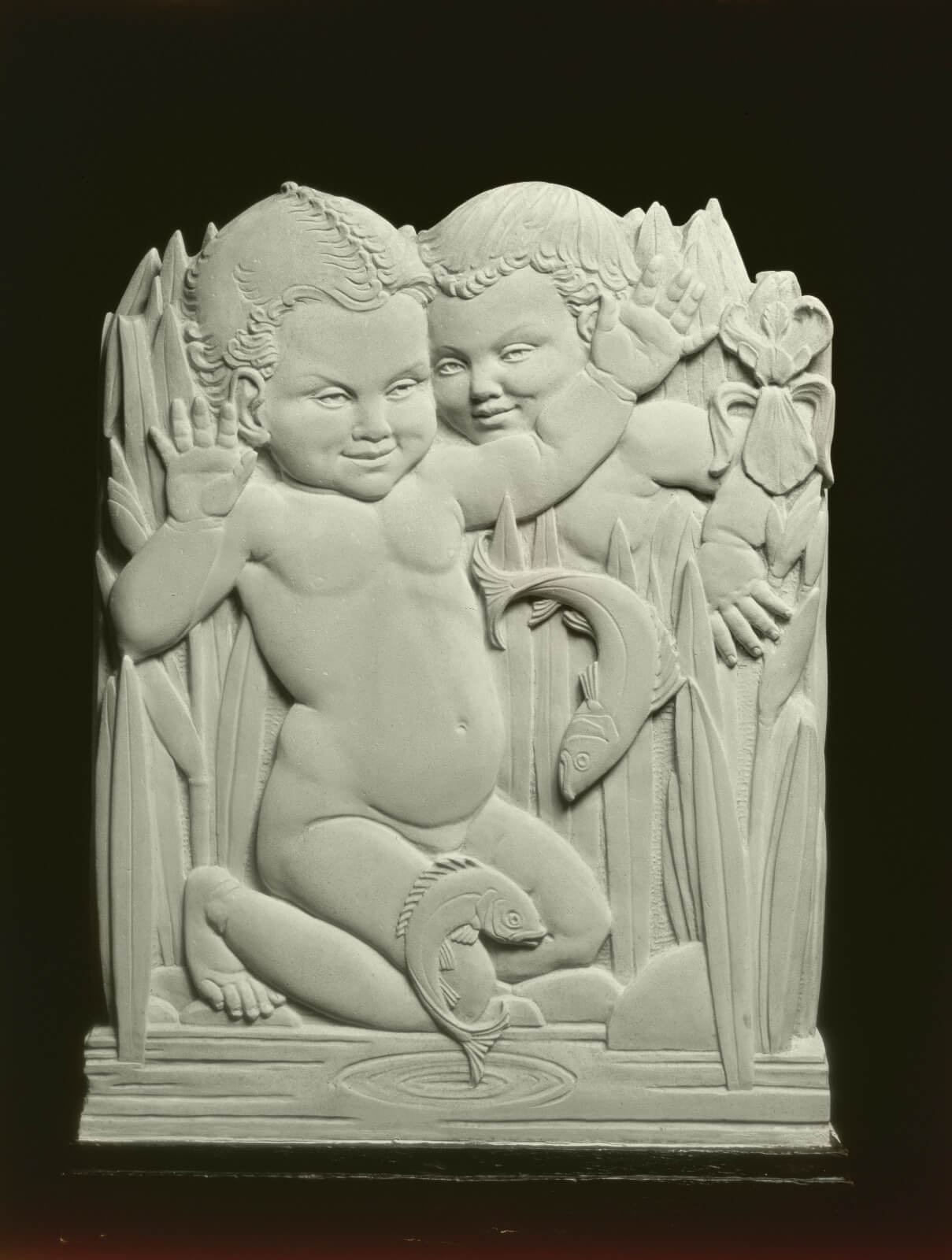 Sculpture in Britain Between the Wars. I had conceived the idea for this

white sculptures for a window display on New Bond Street. The group,

of this or a similar piece, so I ransacked our library. By the end of the

hands on, including the London telephone directories.

Attracted by the window, a man came in and showed me a

photograph of a piece of sculpture by Joyce Bidder he wanted to sell.

my mind’s eye and I went to see it at his office in Covent Garden. The

the waist, tugging on a rope; it was signed and dated 1935 and was in

Wimbledon, with its accumulation of half a century’s work in stone,

terracotta, bronze, plaster, ivory and other materials, and mounted a joint

exhibition of their work just before Christmas 1986. On receipt of the

catalogue, with The Iris Pool on the cover, Miss Borne told my colleague

that they had had ‚Äúa little weep‚Äù ‚Äì their lifetimes’ work vindicated.

Commentary by Peyton Skipwith, who worked at The Fine Art Society in New Bond Street for forty-four years and is now a freelance fine art consultant, critic and author specialising in British fine and decorative arts 1870-1940. 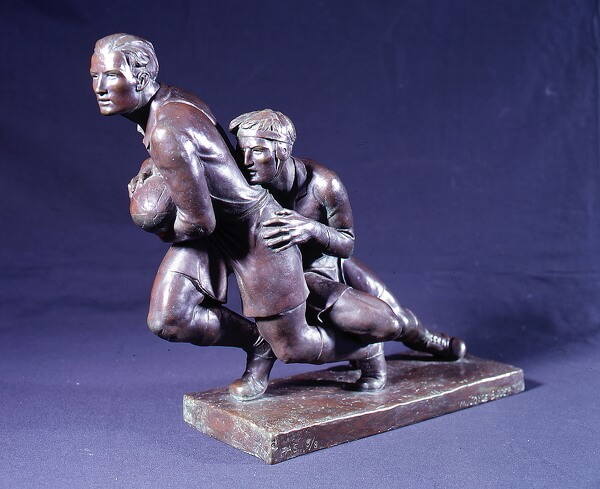 Joyce Bidder trained at the Wimbledon School of Art, where she
received significant approval from her tutor, Stanley Nicholson
Babb (1873’1957).

In 1933 she met Daisy Borne, and they shared a studio in
Wimbledon for many years, exhibiting together numerously,
notably at the FAS exhibition Sculpture in Britain Between the Wars
in 1986 and with a two-women London show at the FAS in 1987.
Bidder showed extensively throughout her career, including
twelve times at the RA Summer Exhibitions between 1933 and
1957, as well as with the SWA and the RSMPSG. She was also a
fellow of the RSBS from 1952’75.

She suffered from glaucoma and was unable to work during
the last five years of her life. 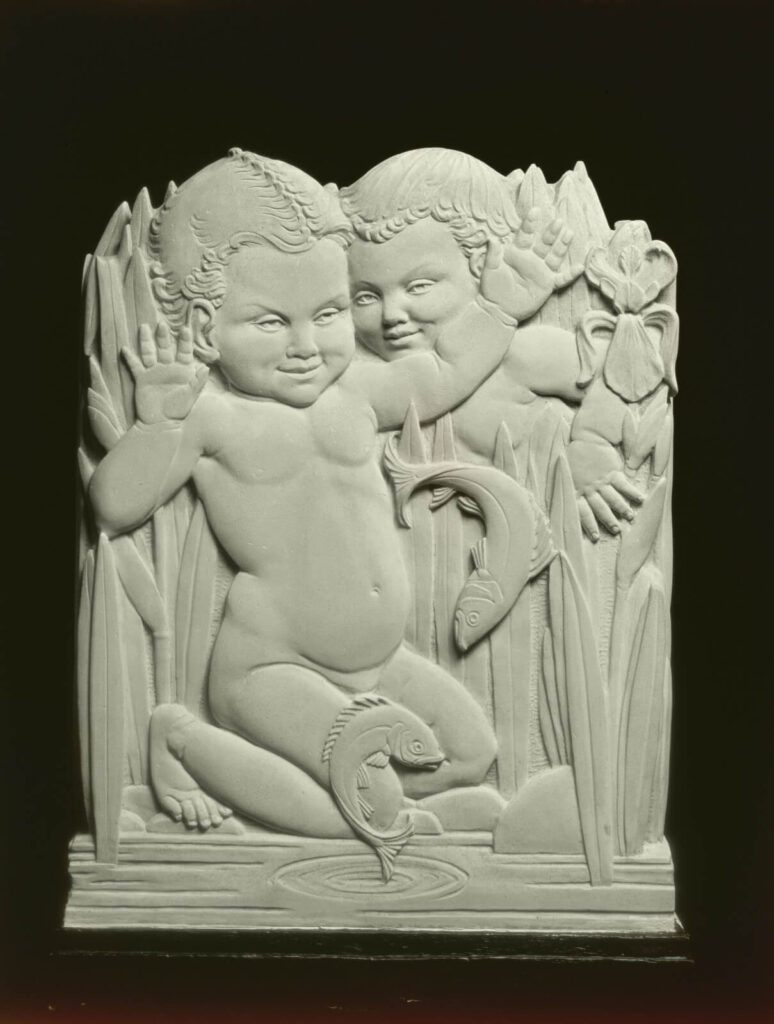