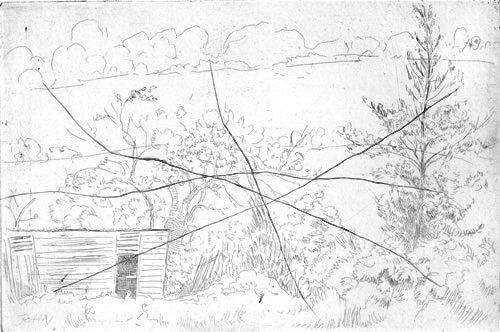 A view from the Provencal studio of Richard Fleming, circa 1910

This is an unrecorded print by John which most likely was never editioned.  It is not in Campbell Dodgson’s catalogue raisonne.

Two prints have been printed posthumously on GUARRO Superalfa paper (250 g/m¬≤) from the cancelled plate.
Disclaimer:
Liss Llewellyn are continually seeking to improve the quality of the information on their website. We actively undertake to post new and more accurate information on our stable of artists. We openly acknowledge the use of information from other sites including Wikipedia, artbiogs.co.uk and Tate.org and other public domains. We are grateful for the use of this information and we openly invite any comments on how to improve the accuracy of what we have posted. 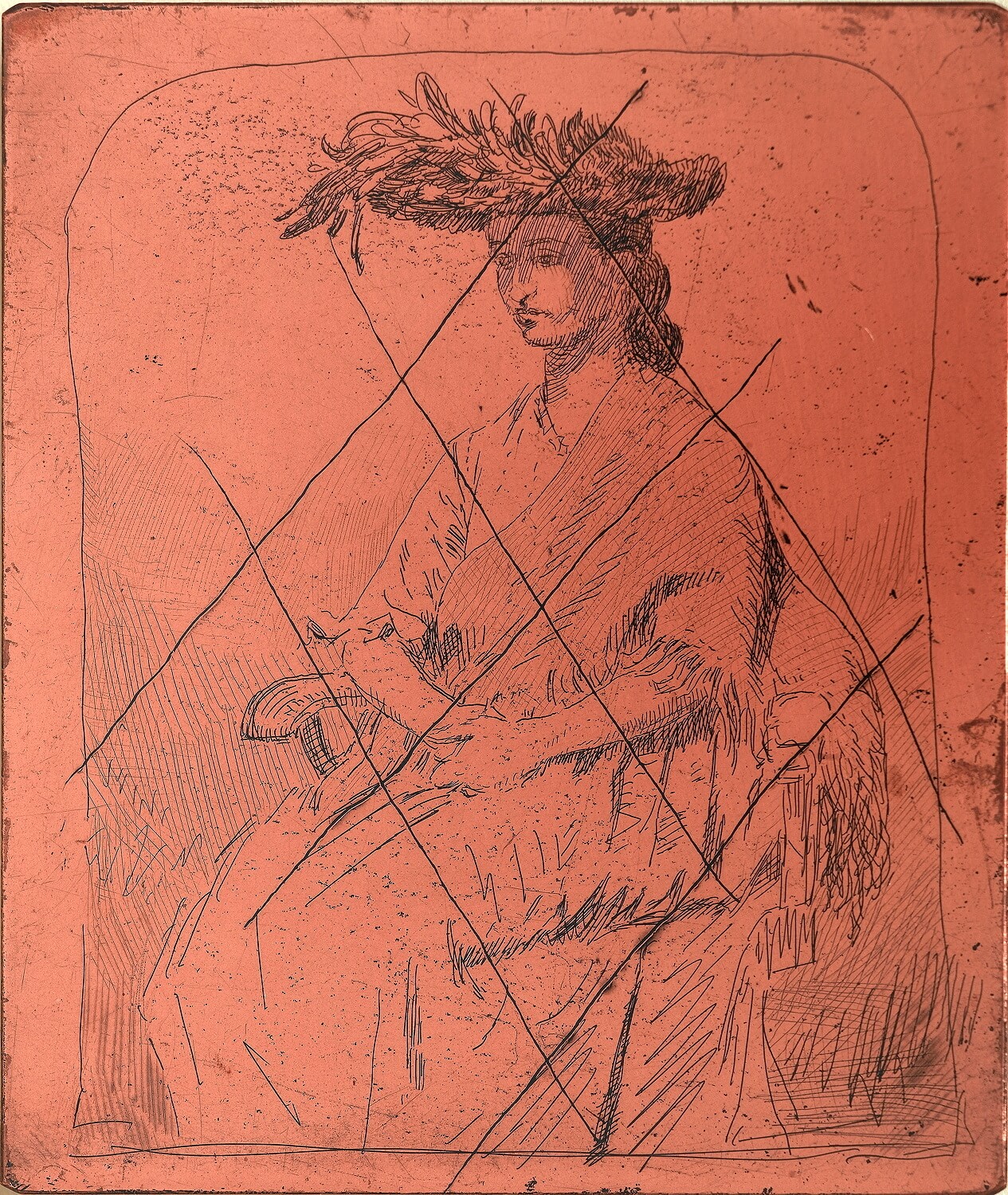 Painter mainly in oil. draughtsman and printmaker. Born in Tenhy,
Wales, brother of the artist Gwen John, he attended the Slade School of
Fine Art, 1894-8, winning a Scholarship in 1896 and the Summer
Composition Prize two years later. John’s prodigious natural ability as
a draughtsman won the admiration of Henry Tonks, and lie soon
established himself as a star student and an art world character.
Became professor of painting at Liverpool University art school,
1901-4. John started an association with gypsies, learning their
language and painting them. Began his wide travels in Britain and on
the continent, sometimes travelling by caravan. Over several years
painted with J D Innes and Derwent Lees. Started to exhibit widely,
having his first one-marl show at the Carfax Gallery in 1903. Also
showed at the Chenil Galleries, NEAC, Alpine Gallery, Independent Club,
RA and elsewhere over the coming years, where he became noted for
drawings and paintings of his second wife, Dorelia, his children, his
sister Gwen, personalities such as George Bernard Shaw, T E Lawrence, W
B Yeats and Dylan Thomas, and for his landscapes and romantic scenes of
peasant life. Although sometimes out of fashion, John is assured a
place as one of the great figures of British painting in his lifetime.
His work is in many galleries, including the Tate Gallery and National
Portrait Gallery. Elected RA 1928, resigned 1938, re-elected 1940.
Awarded Order of Merit 1942. Autobio¬graphical reminiscences
Chiaroscuro were published in 1952, Finishing Y’oaches, 1964.
Retrospectives included one at National Portrait Gallery, 1975,
National Museum of Wales, Cardiff, and tour, 1996, and Olympia Fine Art
and Antiques Fair, 1999. In 2004–5 Tate Britain held the first
large-scale exhibition to focus on Augustus and Gwen (1876-1939).
Notable among Augustus’s many children were Admiral of the Fleet Sir
Caspar John (by his first wife, Ida); the painters Edwin John (by his
first wife, Ida), Gwyneth Johnstone (by Nora Brownsword, a model) and
Vivien John (by Dorelia); and the cellist Amaryllis Fleming (by Eve
Fleming, a rich society hostess widow whose sons included Peter
Fleming, writer and explorer, and Ian, the writer and creator of James
Bond). John lived at Fording¬bridge, Hampshire.