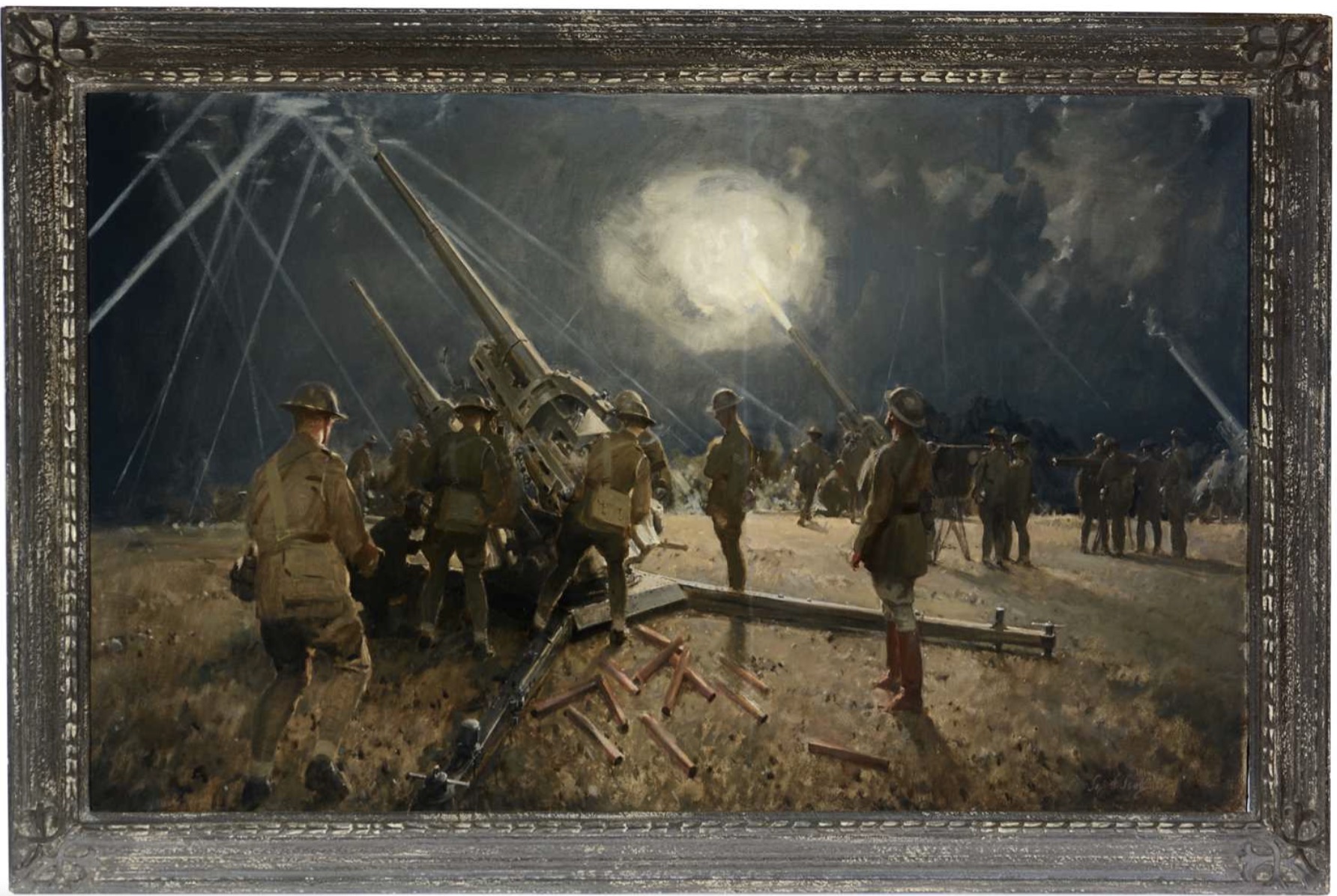 Signed and titled, with exhibition labels

Septimus Edwin Scott (1879-1962) was a painter and illustrator. After attending the Sunderland School of Art, Scott studied at the Royal College of Art in London. During World War I, Scott produced pictures and propaganda posters for the Ministry of Munitions, and during the 1920’s consolidated his reputation with a large number of exhibitions at the Royal Academy. Scott’s style was painterly in the manner of Sir John Lavery, Mark Senior and Edward Seago, and examples of the artist’s work are in the collections of several national and international museum collections, including the Imperial War Museum, the British Red Cross Museum and Archive, the Science Museum, the National Football Museum and the National Railway Museum.

The soldiers are wearing Brodie helmets which dates the painting to 1916 or later.

We are grateful to Emma Mawdsley for assistance. 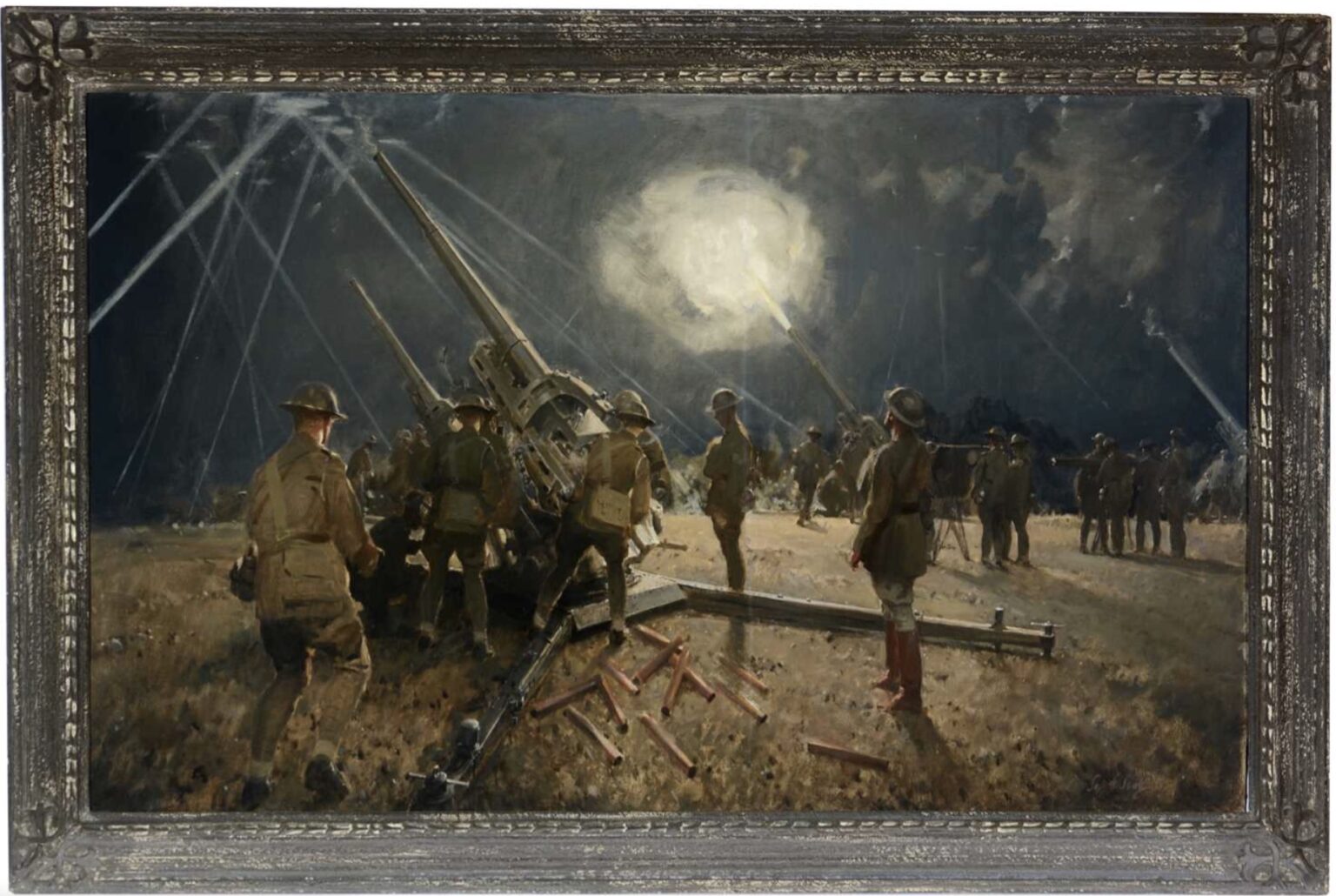 Painter and illustrator born in Sunderland. After attending Sunderland School of Art, Scott studied at the RCA in London. He is listed as living in Sunderland until 1900. From 1902 a London address is given, and in 1916 he moved to Slinfold, Sussex. During World War I Sep Scott drew propaganda posters for the Ministry of Munitions, and during the 1920’s he worked in advertising, painting posters for Lifebuoy soap, Mars chocolate bars and Players cigarettes amongst others.
He exhibited at the main London exhibitions and became a member of the RBA in 1919, ROI in 1920 and RI in 1927. He also exhibited at the RA and Walker Art Gallery, Liverpool. Particularly known for his poster painting, Scott also painted landscapes and hunting pictures. A print of his painting of the Prince of Wales (later Edward VII) out hunting, shows the prince jumping a fence. Scott was a very strong and competent painter of horses showing action and movement. He contributed to various publications including The Graphic and Bystander and also designed posters for the LMS, National Motor Museum and for the opening of the Selfridge Store in 1909. The Bourne Gallery, Reigate held an exhibition of his work in 2003. Examples of Scott work are in the collections of the National Football Museum and the NRM.
Some authorities give the year of his death as 1962 or 1965. Government records show that his death was recorded in Brighton in 1966.
Bibliography:
Nancy, Canadian Schoolgirl by Phillis Garrard, illustrated by Septimus Scott. Published by Blackie & Son, London & Glasgow, 1950.
A Tale of Two Cities by Charles Dickens, illustrated by Septimus E. Scott. Published by Chapman & Hall, London, 1910.
Uncle Mac’s Ladybird ABC book with an introduction by Derek McCulloch and illustrations by Septimus E. Scott. Published by Wills & Hepworth, Loughborough, 1954.
Masters of Fun & Thrills: The British Comic Artists Vol 1. by Norman Wright and David Ashford. Published by Norman Wright, 2008. 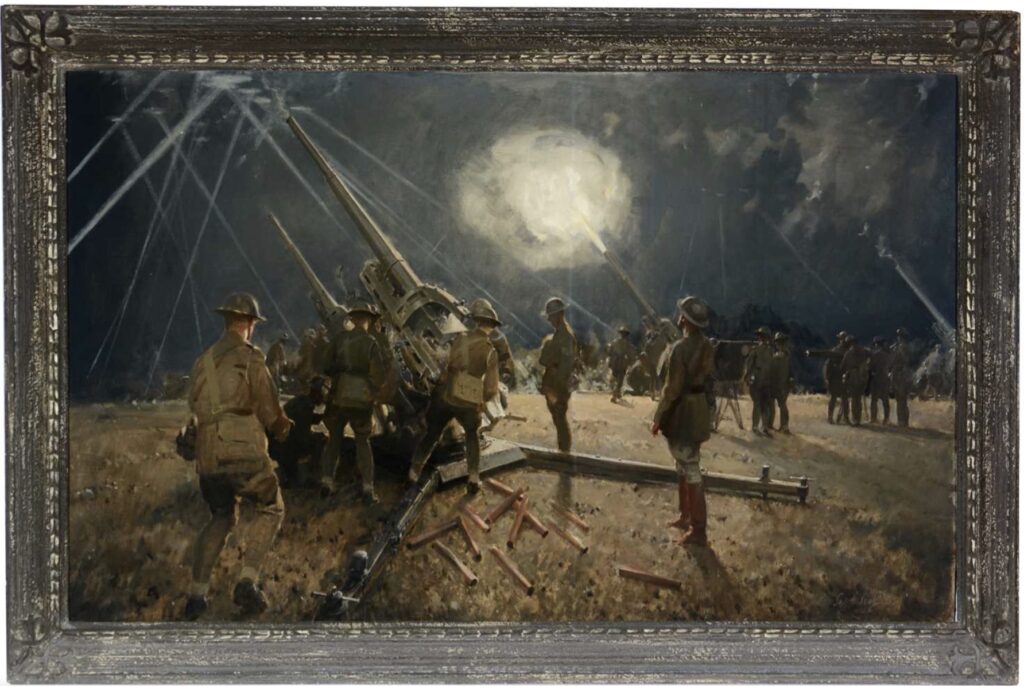