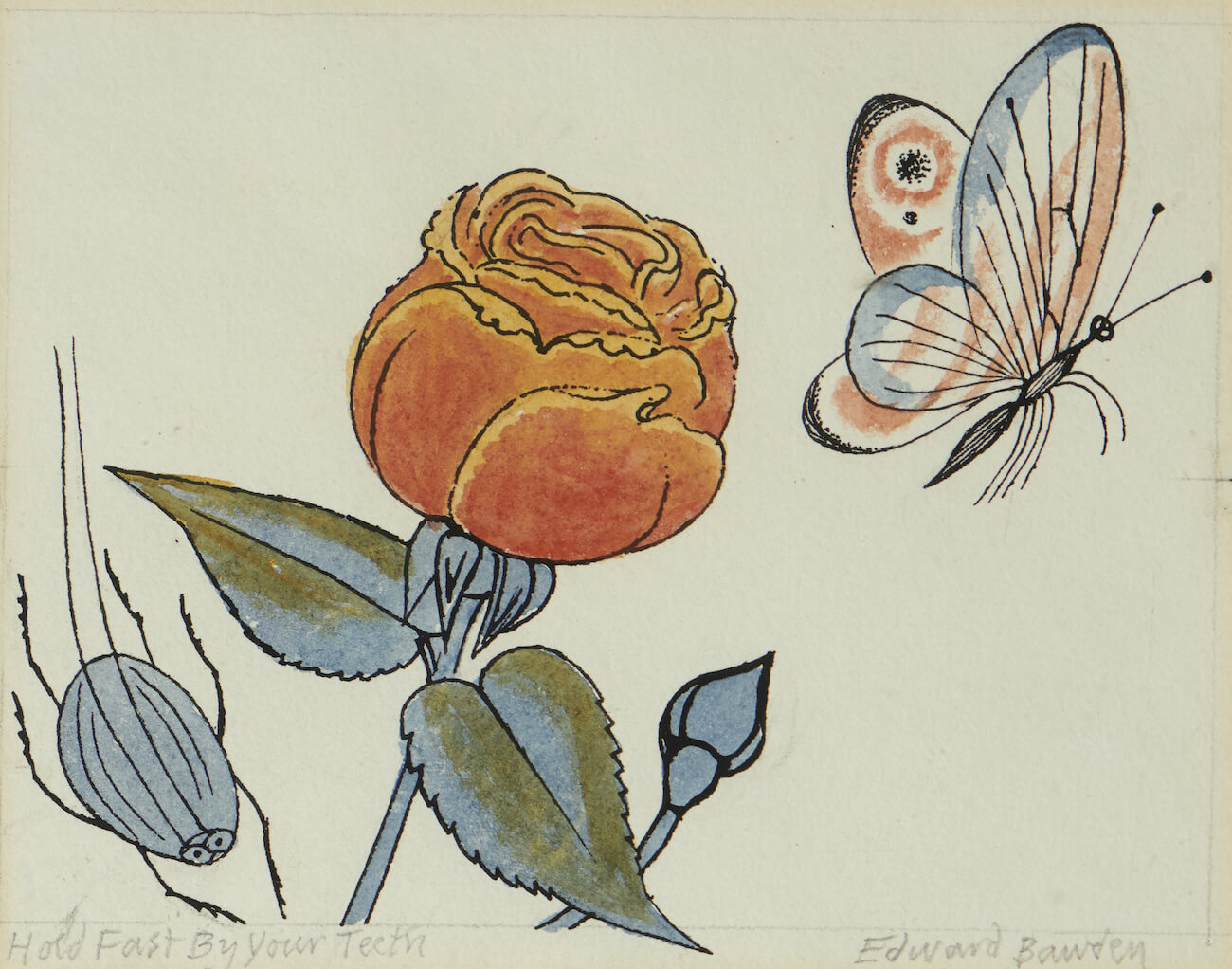 Signed and inscribed with title

Hold Fast By Your Teeth’ was published by Routledge & Kegan Paul, London in 1963. 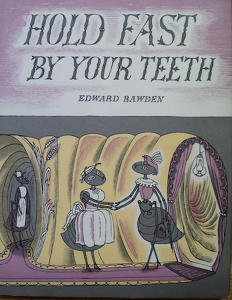 The motif of the rose and butterfly is re-used on the frontispiece. 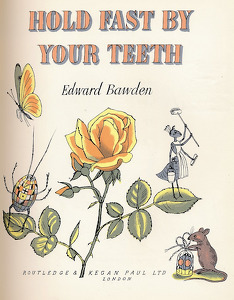 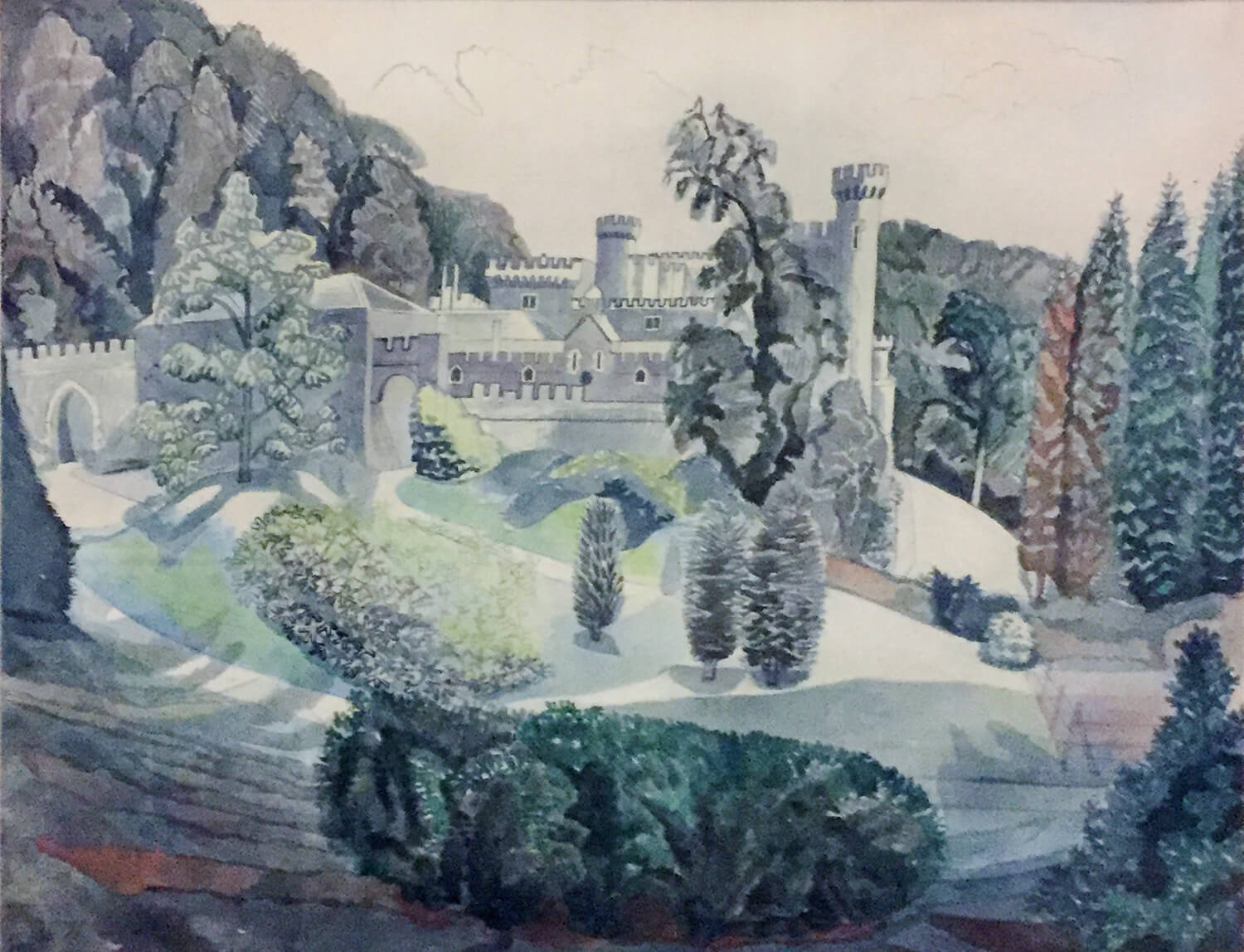 Watercolourist, illustrator, designer, printmaker and teacher, born in Braintree, Essex, the county in which he spent much of his life, finally living in Saffron Walden. Studied at Cambridge School of Art from 1919, then at Royal College of Art, 1922-5, on a scholarship, in the design school being taught by Paul Nash. Soon began on commercial work for Poole Pottery and Curwen Press, then in 1928-9 with Eric Ravilious and Charles Mahoney did decorations for Morley College. Bawden went on studying engraving and bookbinding at Central School Arts and Crafts after leaving the Royal College and himself taught there, the Royal Academy Schools and Goldsmith’s College School of Art. First one-man show at Zwemmer Gallery in 1934, after which he showed extensively including RA, being elected RA in 1956. Work poured from Bawden’s studio in the 1930s for companies such as Shell-Mex; book illustrations such as Good Food, 1932, and The Week-end Book, 1939; and a mass of often ephemeral work which evinced a wonderful wit, economy and aptness to subject. Official War Artist in World War II, much of his output being in the Imperial War Museum. Tate Gallery and many other public collections hold his work. Bawden did decorations for the ships Orcades and Oronsay and for the Unicorn Pavilion for the Festival of Britain of 1951. His son was the artist Richard Bawden. Restrospective at Victoria & Albert Museum in 1989, a tribute at Fine Art Society in 1992, a design retrospective at Rye Art Gallery, Rye, 1999, and Fine Art Society and Guildhall Library centenary celebrations in 2003. 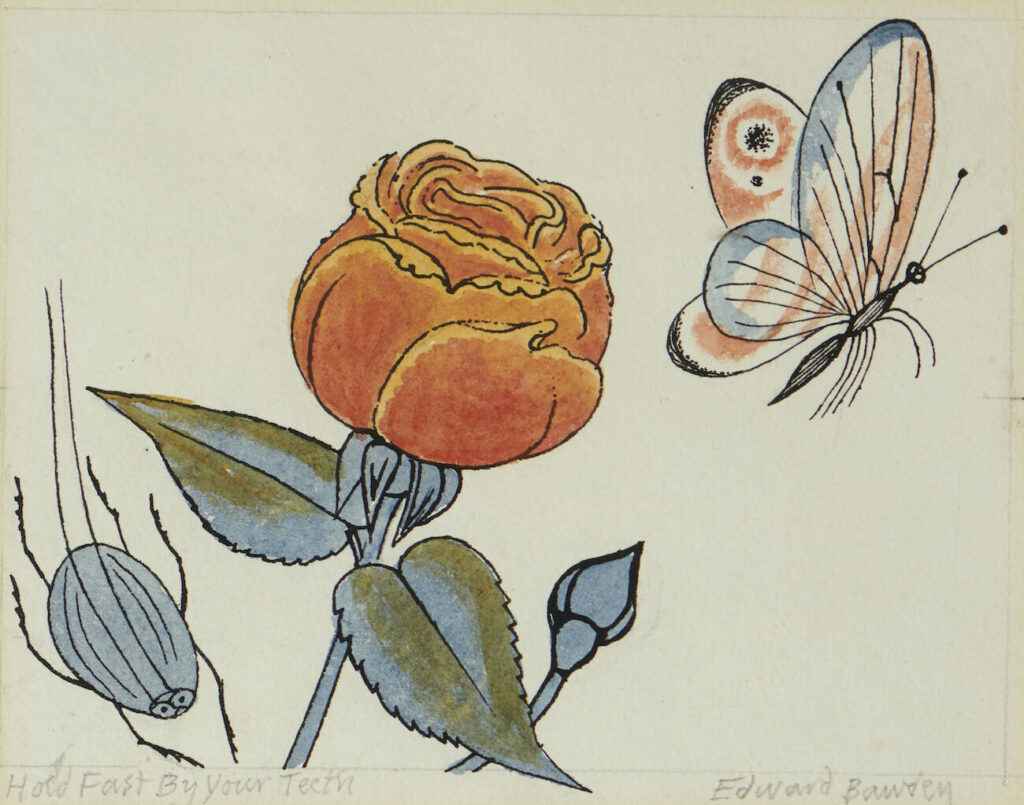 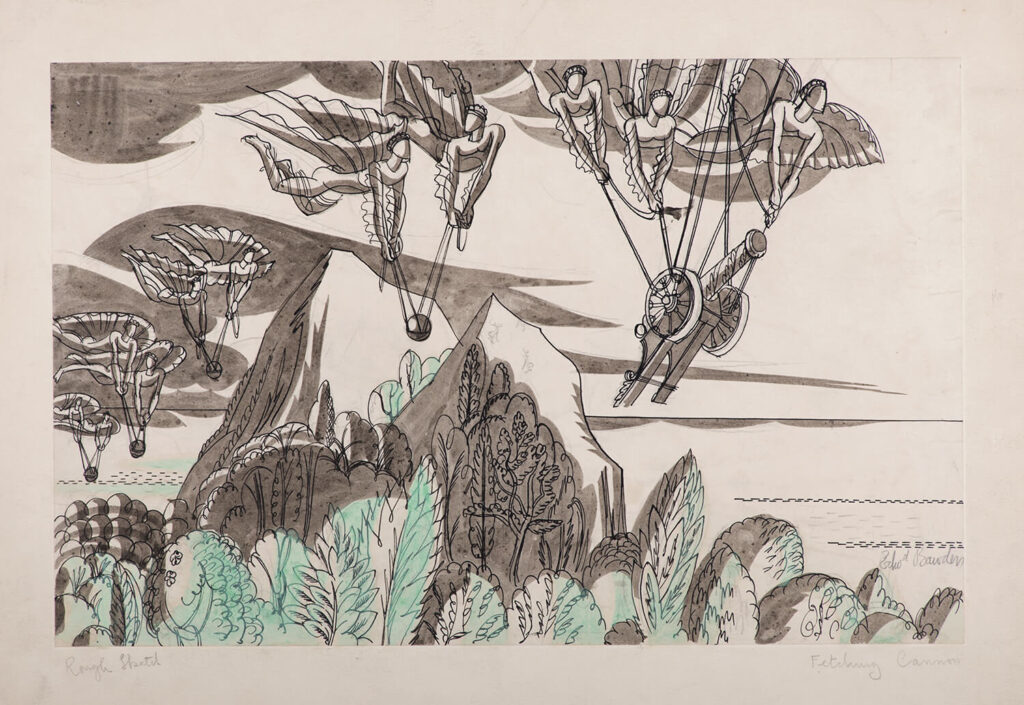 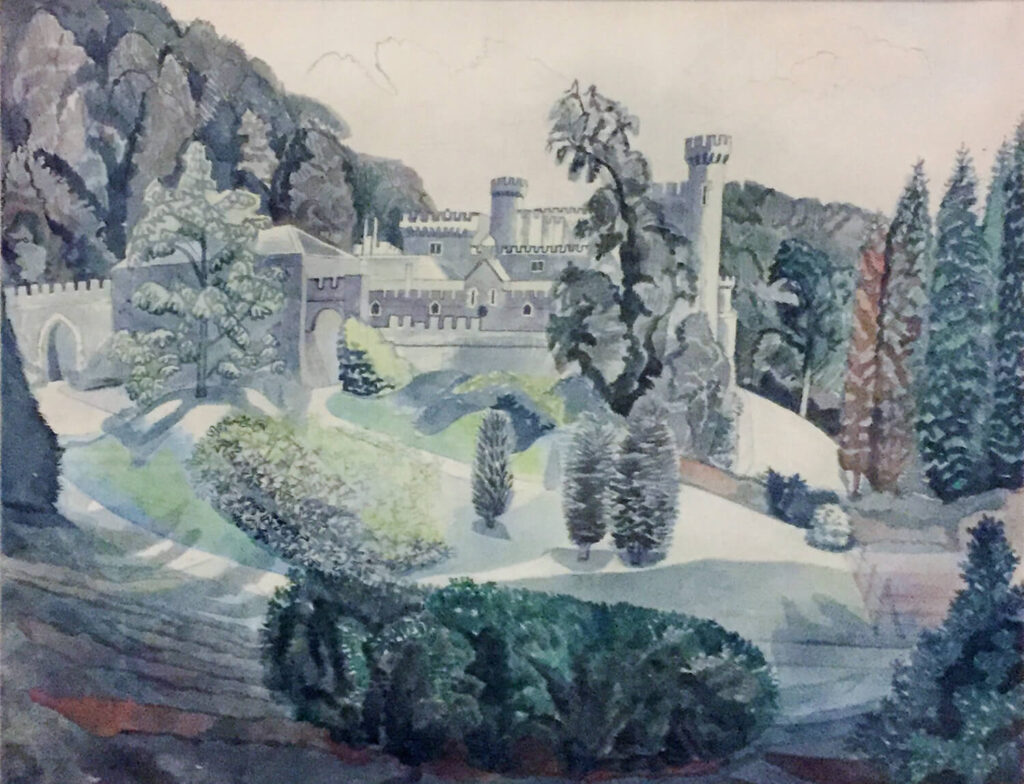