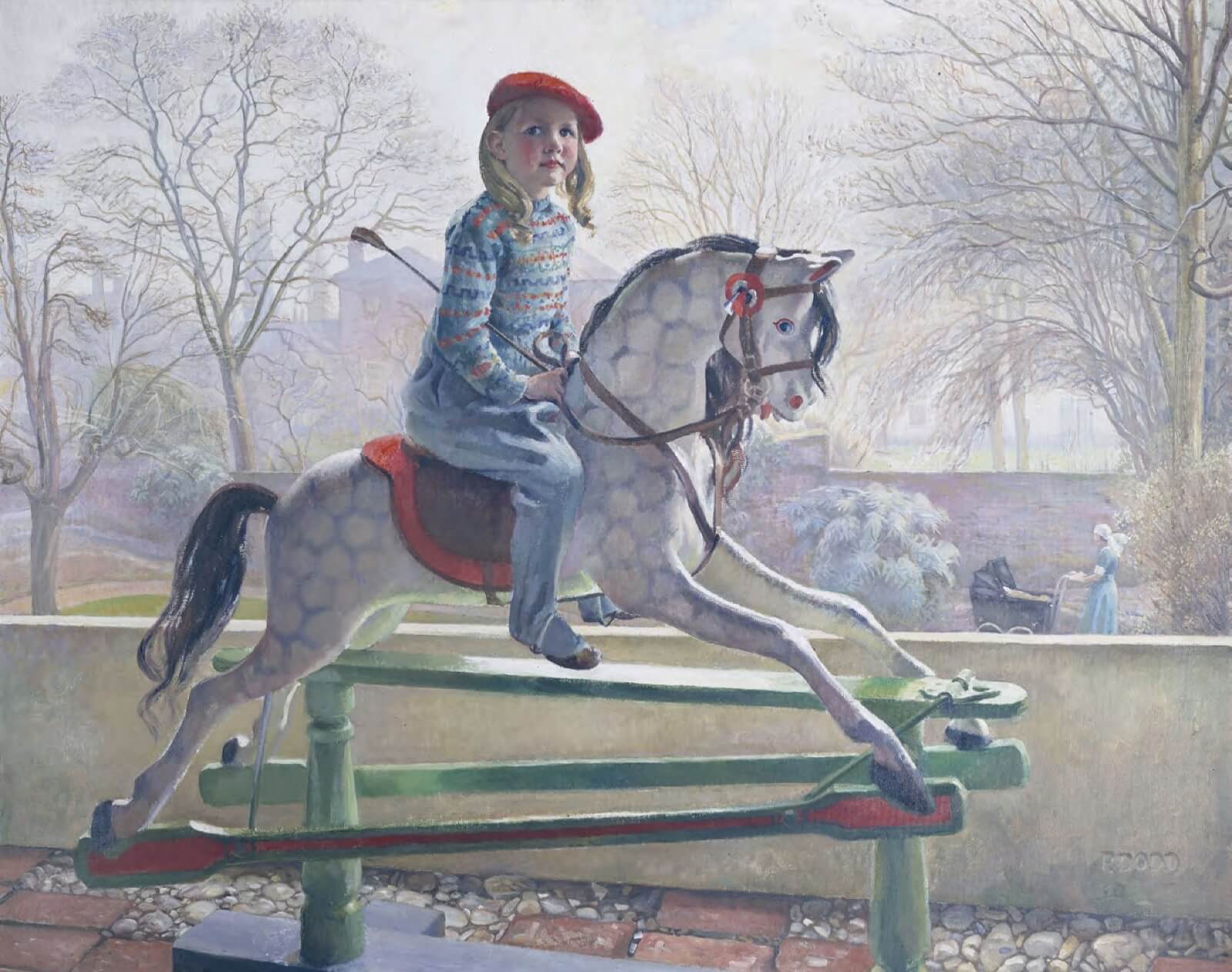 The wooden horse was found by the artist ‚Äì ochreous in colour, hairless

and hanging from a nail in a back yard. My mother, Phyllis Dodd,

it into a magical mother-of-pearl, with real horsehair for mane and tail

and real pony harness. On my return from kindergarten every afternoon

I was encouraged to sit on it. At first I viewed this command with

optimism, as a chance to rock, but a poker in the rockers prevented this

until all the sittings were over.

The painting was refused by the 1938 summer RA exhibition;

however, after Prudence’s jersey was brightened with a pattern, it was

‚ÄúLilliput‚Äù with the head of George Bernard Shaw in place of her’s, under

the title of ‚ÄúBrighter Academy Pictures‚Äù. President Munnings, an equine

specialist, wrote to congratulate Francis Dodd RA, thinking he must be

Phyllis Dodd’s father, especially as both painters had settled in Blackheath

(which appears in the background). No relationship was ever discovered.

Phyllis Dodd maintained her maiden name when exhibiting and was

indignant to find that, while she was in the kitchen, her husband couldn’t

resist lending a hand’ by adding to the background, which was a view

from their shared studio window. The distant houses survive in Lee Park,

Blackheath, but their back gardens were developed as a housing estate

Commentary by Prudence Bliss, lecturer in Art History at the University of Newcastle between 1964‚Äì1996.

She is the daughter of Phyllis Dodd and Douglas Percy Bliss. 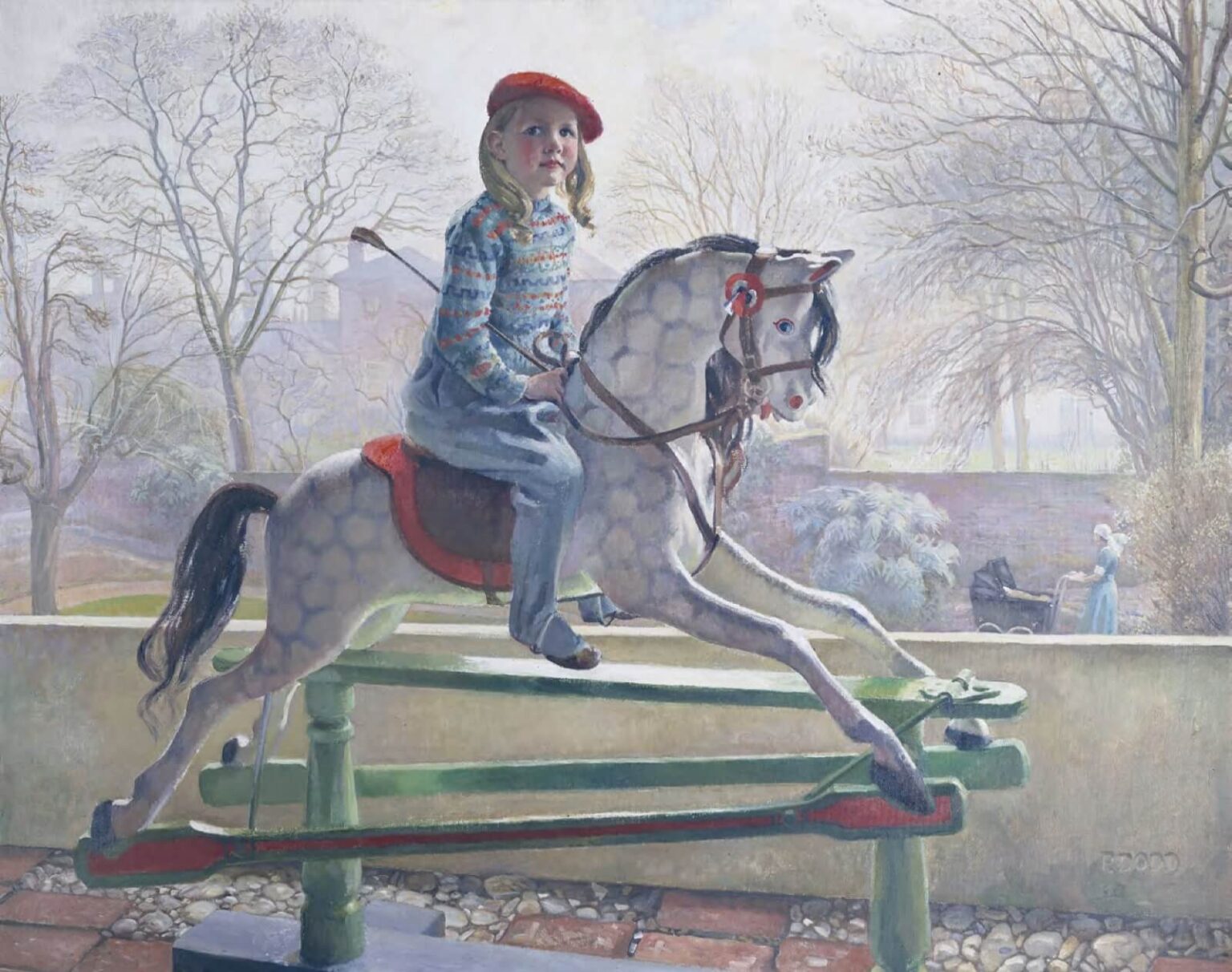 Phyllis Dodd achieved considerable success from early on in
her prolific career. Studying at the Liverpool School of Art from
1917’21, she received a Royal Exhibition Scholarship and
attended the Royal College of Art for four years ‘ alongside Henry
Moore (1898’1986), Raymond Coxon (1896’1997) and Edna
Ginesi (1902’2000), with whom she would remain friends for the
rest of her life ‘ winning the Drawing Prize in her final year.

From 1925 to 1930 she taught part-time at Walthamstow
Technical College. In 1928, she married the artist Douglas
Percy Bliss (1900’1984) and they worked alongside each other,
exhibiting together at Derby Art Gallery in 1947. She also
exhibited at the NEAC, the RA, the RP, the Walker Art Gallery
and the RSA, and in 1989 the Hatton Gallery at Newcastle
University held a large retrospective exhibition to celebrate her
ninetieth birthday. 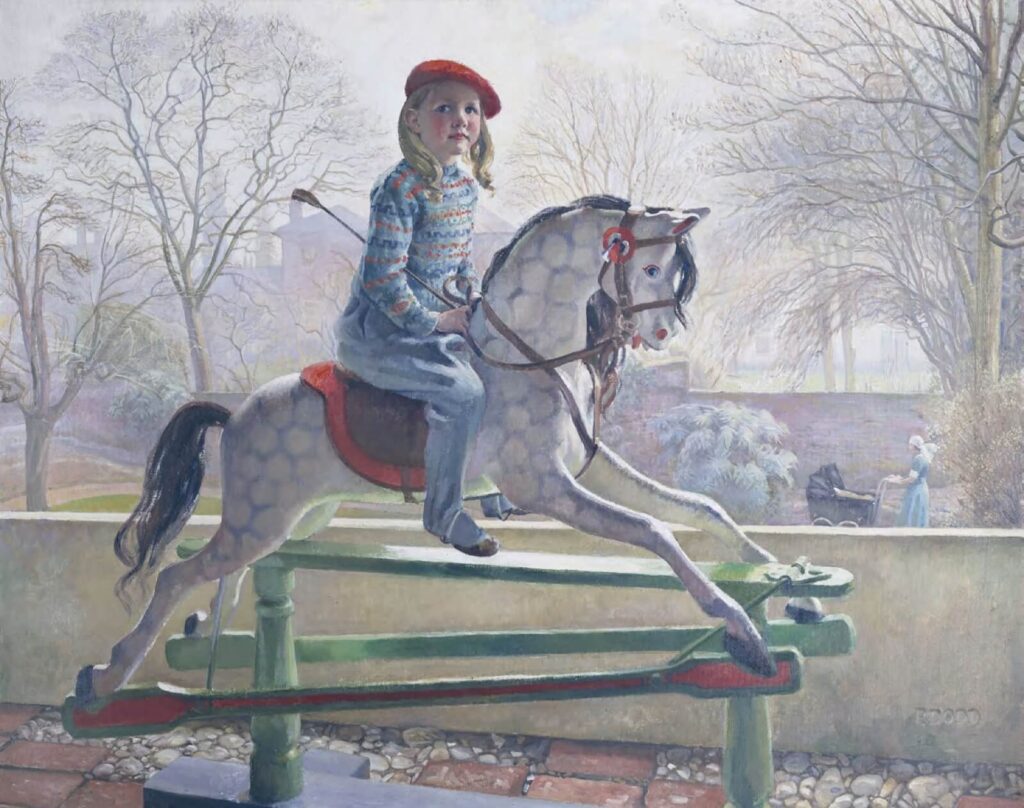 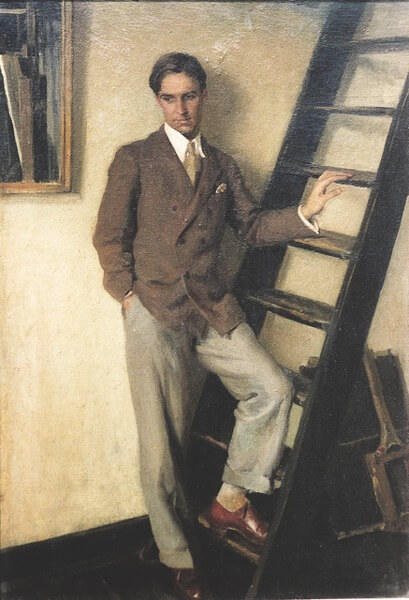 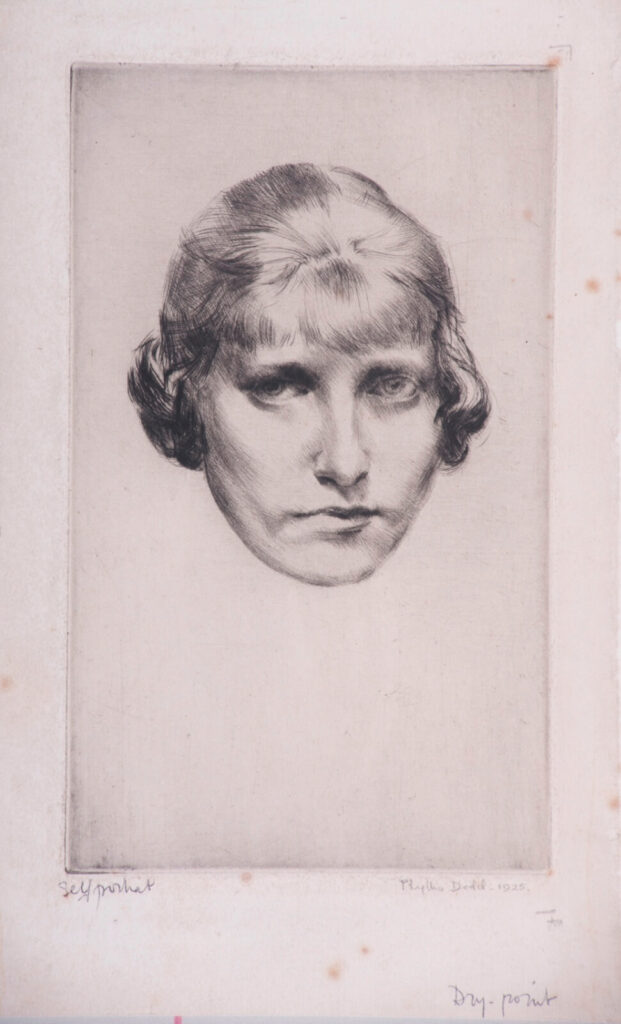 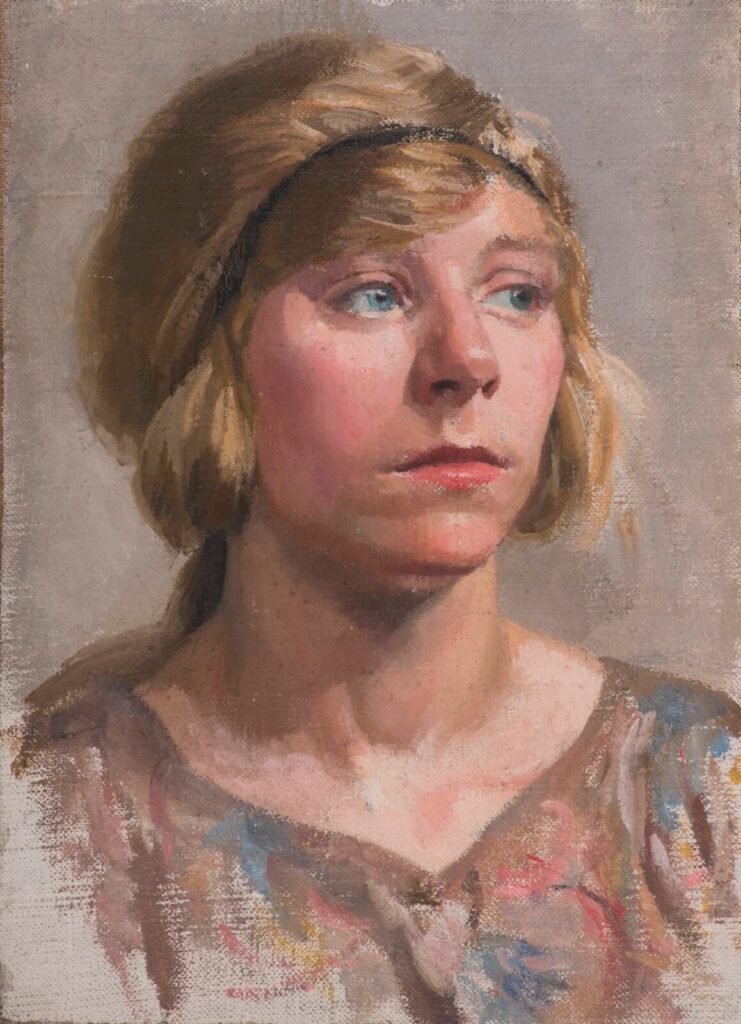 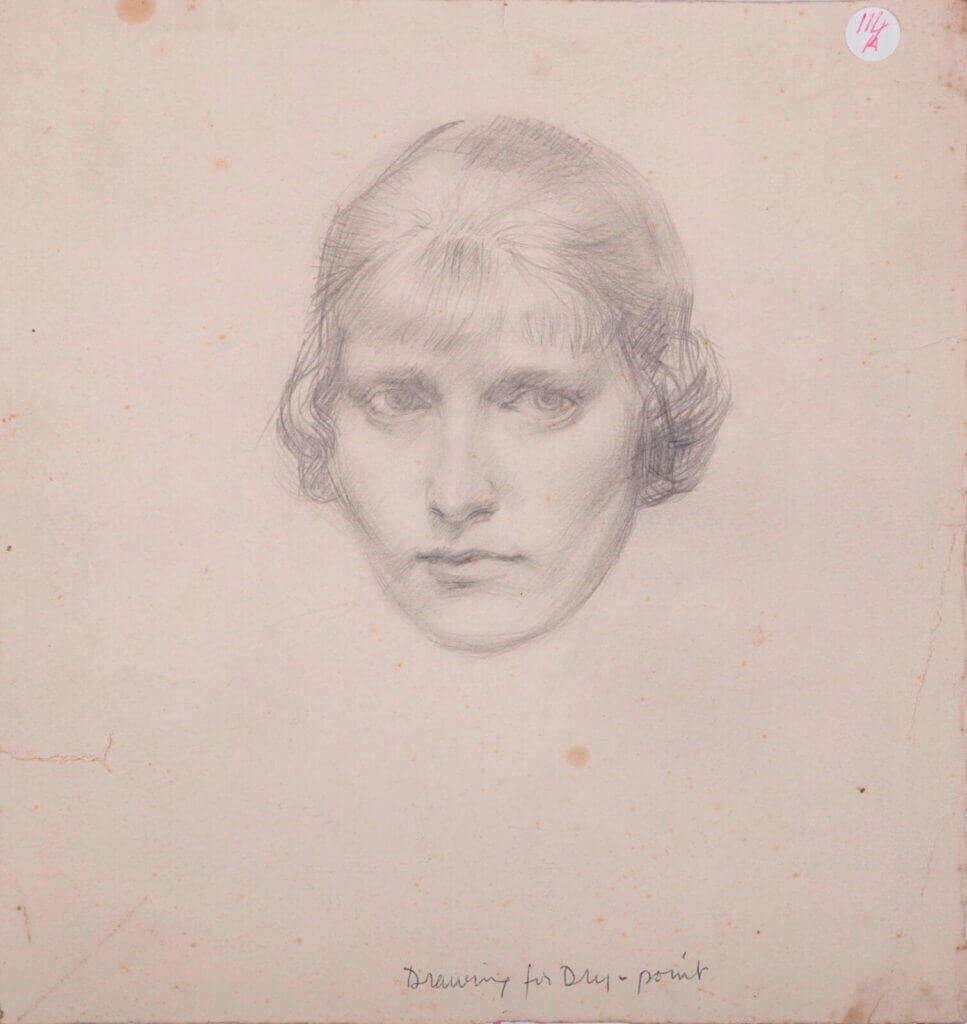 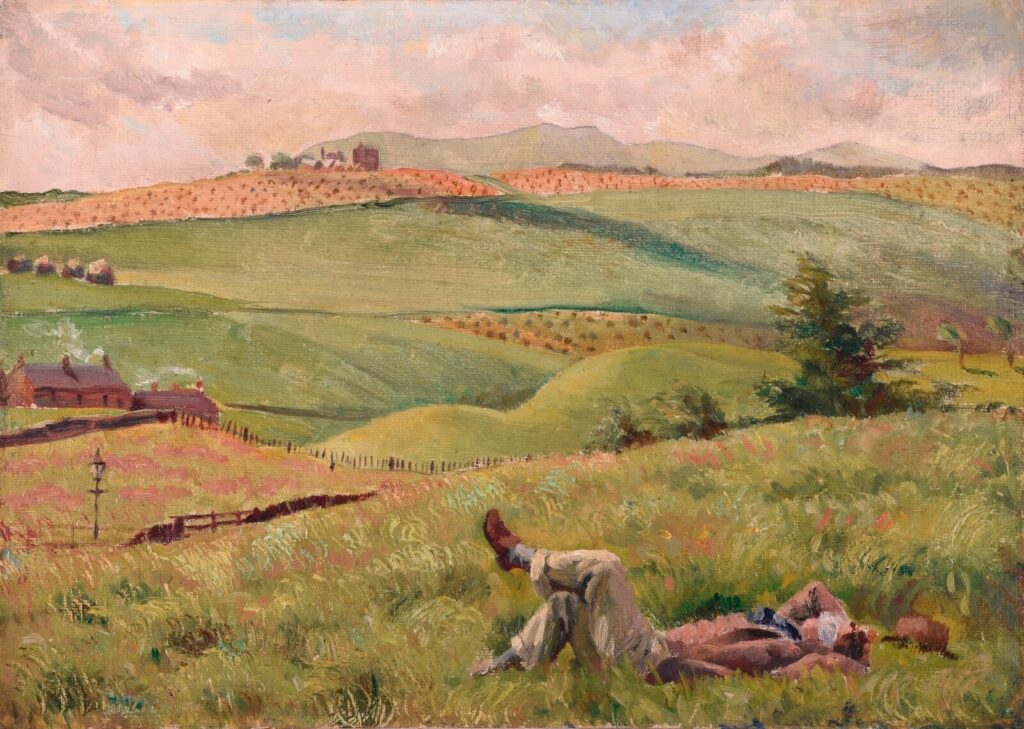 Phyllis Dodd (1899 - 1995)
In the Pentlands, oil on George Rowney Birchmore Board
Private 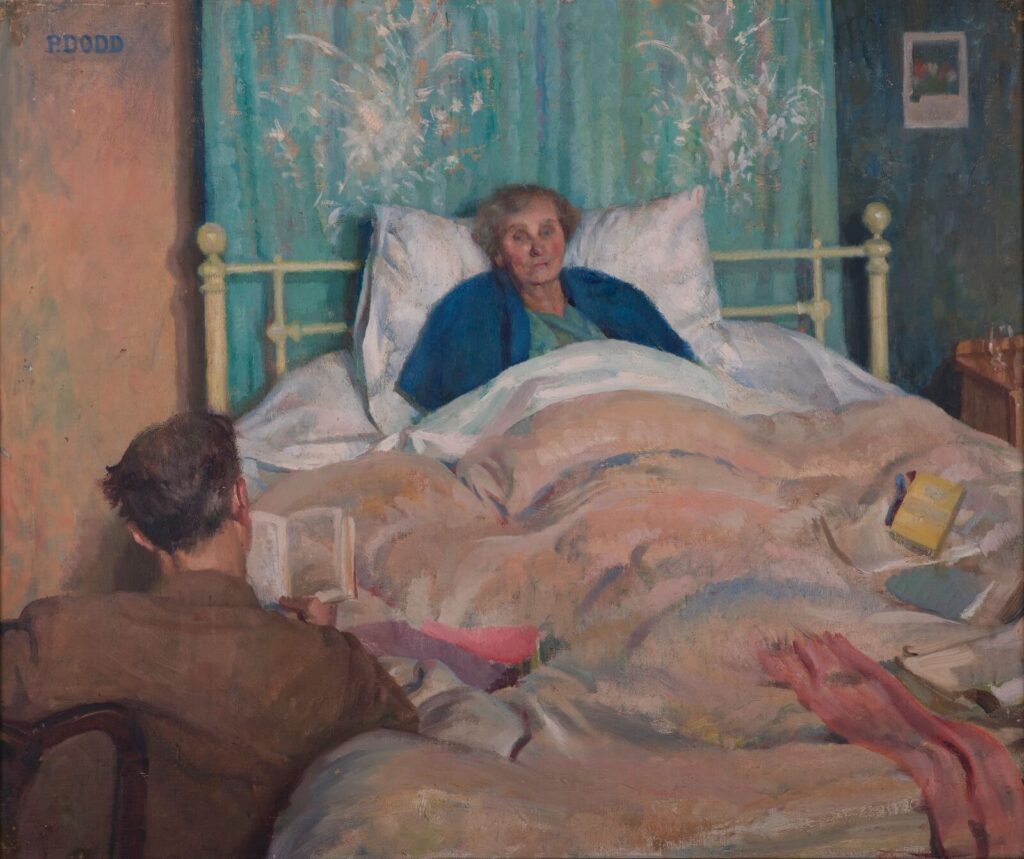