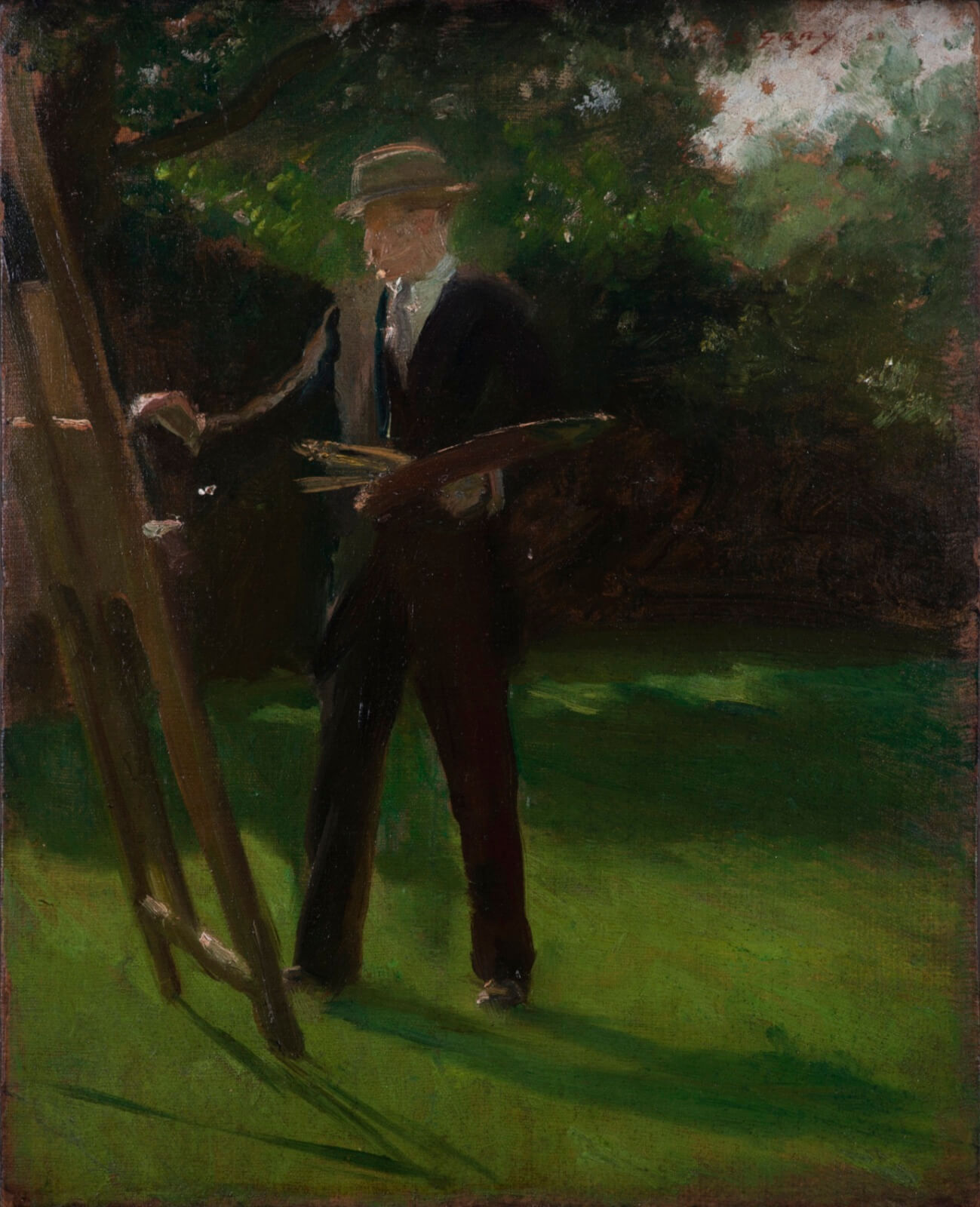 Self-portrait Painting at an Easel Outdoors, 1920

Oil on canvas board

Self-portrait Painting at an Easel Outdoors, 1920, will be featured as one of the images in our forthcoming on line exhibition: Hidden Gems, Season Two: Portrait of an Artist

Douglas Stannus Gray lived for most of his life at 102 King’s Avenue, Clapham, and used the garden there in many of his portraits. This includes a picture of Rosalind Gray – the artist’s sister, and herself a talented miniature painter – in a straw hat and pink ribbon. He later painted his wife, Kathleen, with the same large parasol, and an image of the garden alone – with steps and large, stone flowerpots – which sold at Christie’s to a private collector in 2003.

Stannus Gray was believed to have been the favourite pupil of John Singer Sargent at the Royal Academy, and this self-portrait shows the loose, spontaneous style that Sargent favoured.

By 1950, the Clapham House, badly damaged during the Second World War, was under a compulsory purchase order for demolition and development of blocks of flats, and had to be cleared. Stannus Gray died nine years later, and his obituary in The Times praised his skill and stature as a portraitist, continuing the tradition of artist’s such as Sargent, Clausen, Lavery and Forbes. 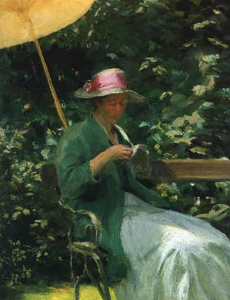 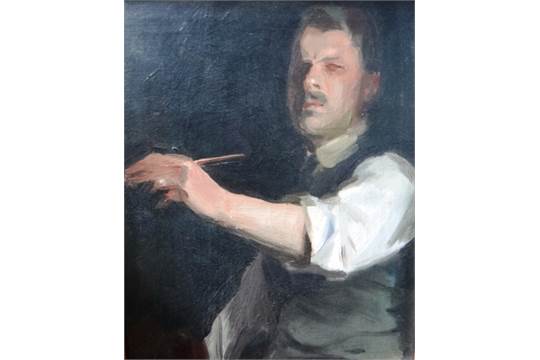 London-born painter who was much influenced by John Singer Sargent. He attended Croydon School of Art, 1904-8 before winning a scholarship at the RA Schools, 1908-11, being taught there by Charles Sims and Ernest Jackson. Gray was the recipient of the coveted Landseer Scholarship in 1912 and also of the British Institution Scholarship both of which enabled him to travel and work in France. In his early days, he is known to have exhibited with the South London Art Group. He also showed at the RA, ROI and RP the latter two societies electing him as a member. His friendship with Sargent is acknowledged in his work and he often depicted family and friends at his home, relaxing in sun-drenched gardens or sitting inside. He also painted scenes of flowers and trees, reminiscent of the Post-Impressionists. Gray taught at Brighton College of Art in the immediate post-World War II years and examples of his work are in the Tate Gallery. Fame came to him posthumously when in 1986 Spink & Son, London held an exhibition of his work, much of which is today reproduced as greetings cards. His daughter is the artist Virginia Robinson. 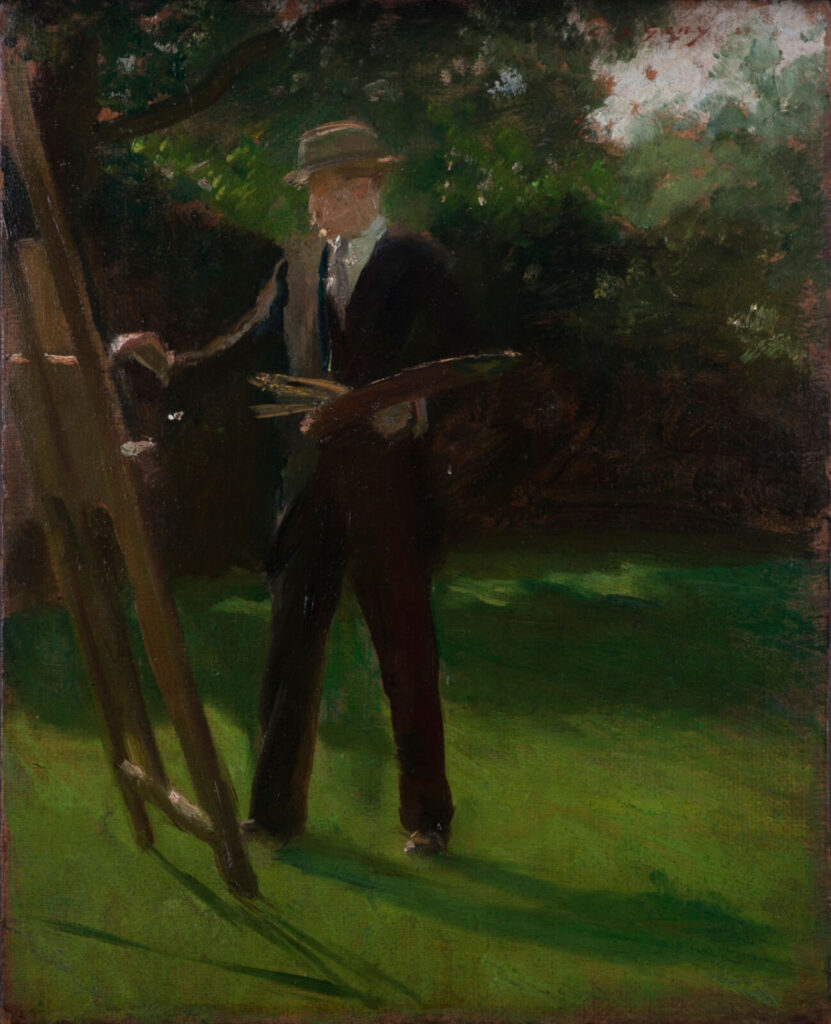