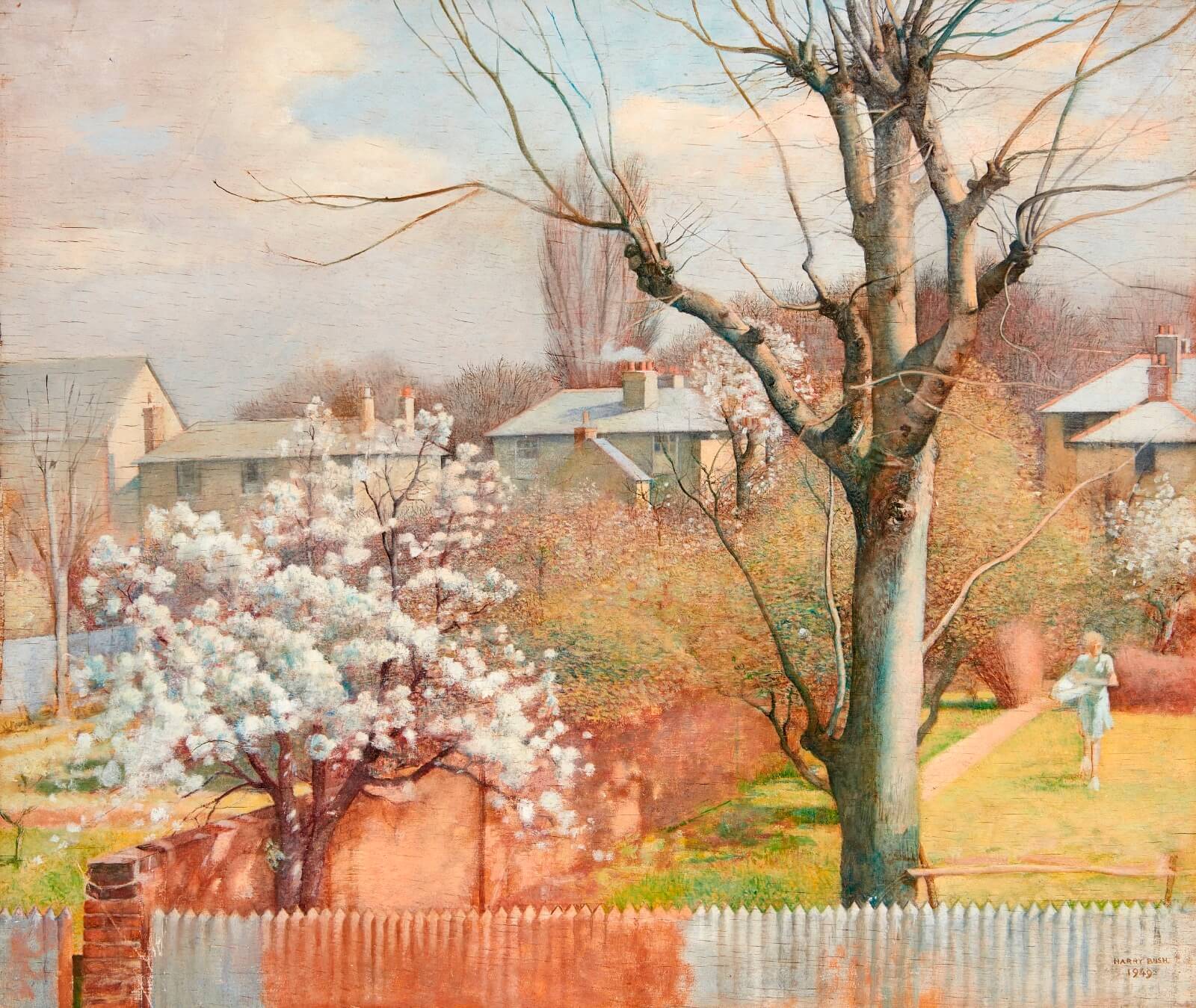 Bush and the artist Noel Laura Nisbet (1887‚Äì1956), whom he married in 1910,  live in the same semi-detached house in Queensland Avenue, Merton (a gift from Noel’s father) from 1914 until their deaths, but while Noel’s work featured imagined scenes (often for book illustrations), over the years Harry regularly depicted the suburban back gardens seen from his studio. He also painted landscapes, portraits and still life studies, but is best known as the painter of suburbia’. In truth, though, he remains largely unknown today: the inclusions of his 1923 painting A February Afternoon and 1940 painting A Corner of Merton, 16 August 1940 in the Tate Britain’s 2004 exhibition Art of the Garden was a rare ‚Äì and fully deserved ‚Äì recognition.

During his lifetime Bush’s work was appreciated in art circles for its craft and studied finish; Spring Morning Merton (1932) was exhibited both at the Royal Academy and at the Paris Salon that year and his paintings were shown at the Royal Academy every year from 1922. Purchasers included galleries in Britain and Australia, but regular income was always short for the couple; Harry did occasional art teaching and sometimes took private pupils. After he died, his daughter Janet and her husband lived in the house for almost 30 years and, after Janet’s death, Christie’s held a studio auction of 81 works by Harry. The location of most of these paintings is today unknown, including his best-known work, The Builders (1933), which was reproduced on the catalogue cover.

Bush greatly admired the Dutch masters, and The Tiled Kitchen (Museum of London), a 1954 portrait of Janet at his house, paid homage to them. The working drawing for this picture (also held by the Museum) reveals the meticulous composition that underpins his detailed rendering ‚Äì even fish scraps for the cat are included. The value of Bush’s work lies precisely in raising the everyday to the level of art through understated composition and impeccable finish. His work presents suburbia, where he himself lived for the whole of his working life, unexceptionally yet with faithful detail and artistic coherence. In Bombed House, Merton 1940 (Imperial War Museum) once-private domestic interiors are exposed by the blast, while denuded branches blend compositionally with pipework on exterior walls. Rhubarb flourishes regardless above the garden’s Anderson shelter: life goes on.

Bush’s work is a unique portrait of Merton, in peace and in war, over some twenty five years. It is also a finely-wrought and absorbing portrait of humankind in that most human ‚Äì and artistically neglected ‚Äì of environments: the suburb itself. As one contemporary critic argued, his paintings send one with new vision to the contemplation of the apparently commonplace amongst which so many of us pass our lives’.

We are grateful to Dr Peter Quartermaine for the above note 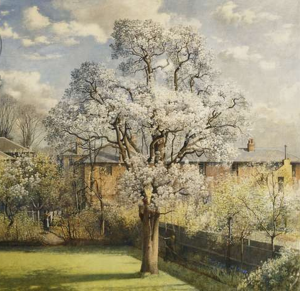 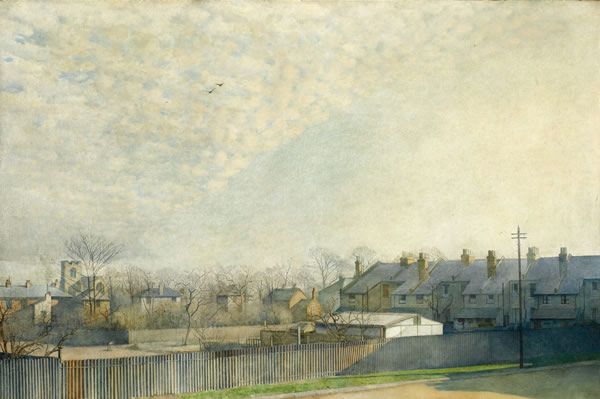 Painter, born in Brighton, Sussex. In 1900 he joined the Victualling Department of the Admiralty but left four years later to join Carlton Studios, Chelsea, where he worked under Fred Taylor, the poster and watercolour artist. He later studied at Regent Street Polytechnic and in 1922 he began exhibiting at the RA. He was an elected member of the ROI and also showed at the RWA, RSA and the Paris Salon. Bush lived at 19 Queensland Avenue, Merton Park, SW19, in a custom-built house with a studio at the top. The house was purchased in 1911 for Bush’s wife, Noel Nisbet, a noted watercolourist of mythical, medievalist scenes. Harry Bush became known as the ‘Painter of the Suburbs’ owing to the remarkably evocative series of views in and around his home in Merton which were exhibited at the Royal Academy from 1922-54. A studio sale of his work was held at Christie’s, London, in September 1984. His work is represented in the collection of Melbourne Art Gallery, Australia. 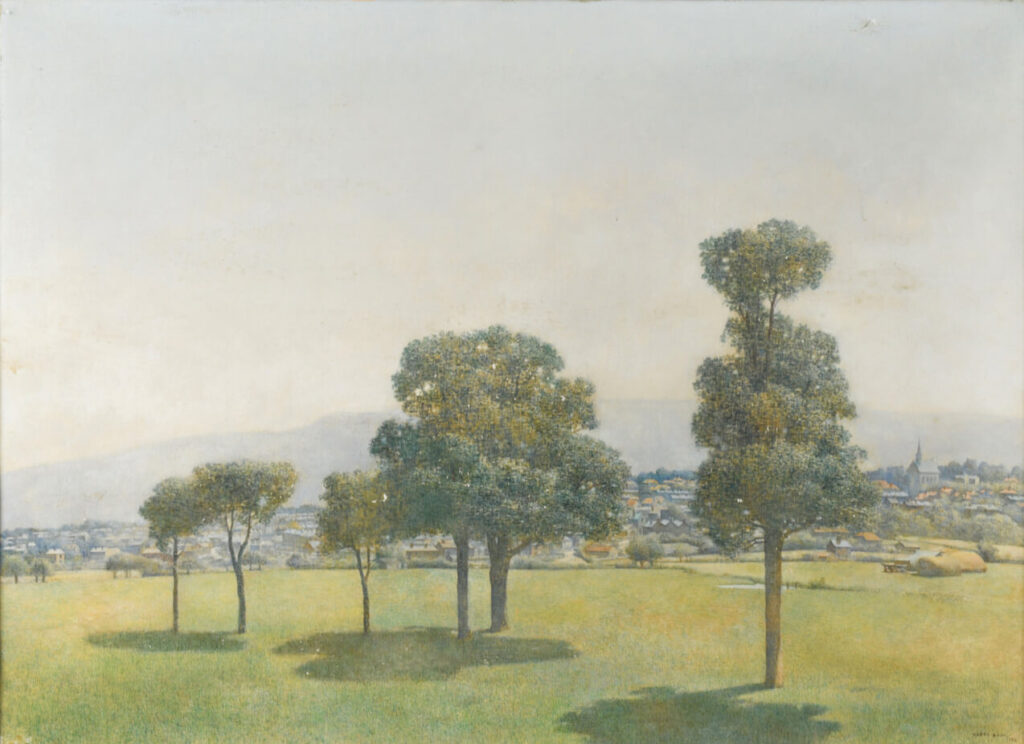 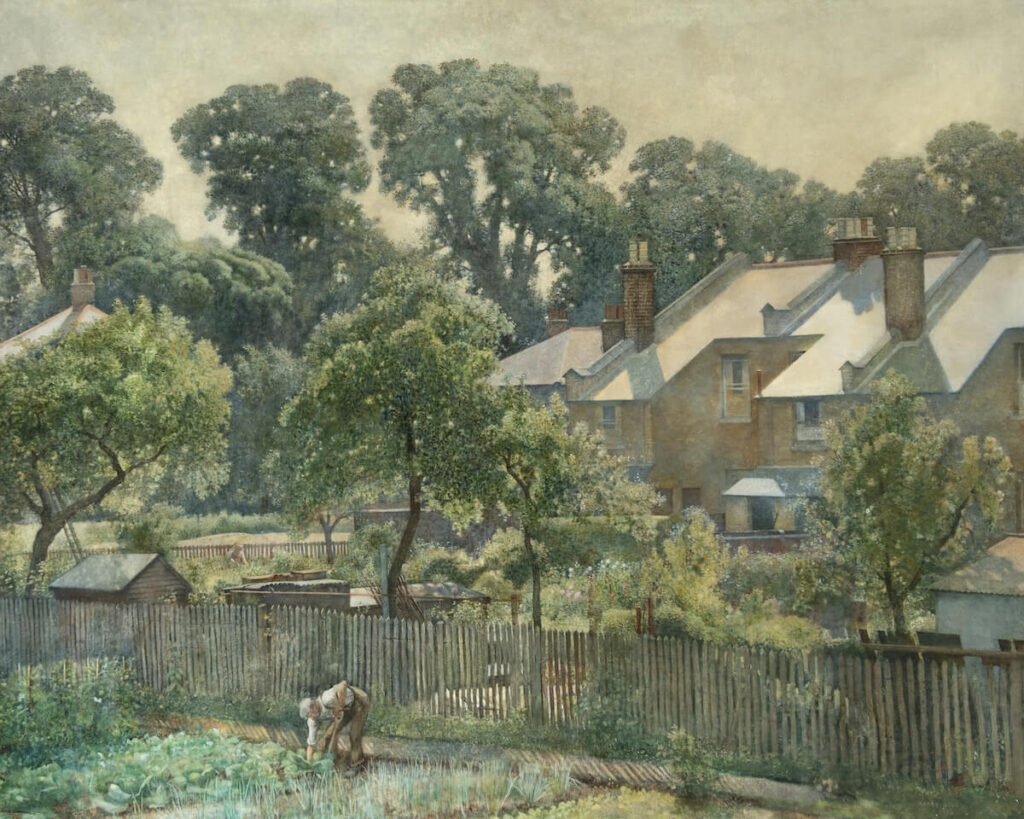 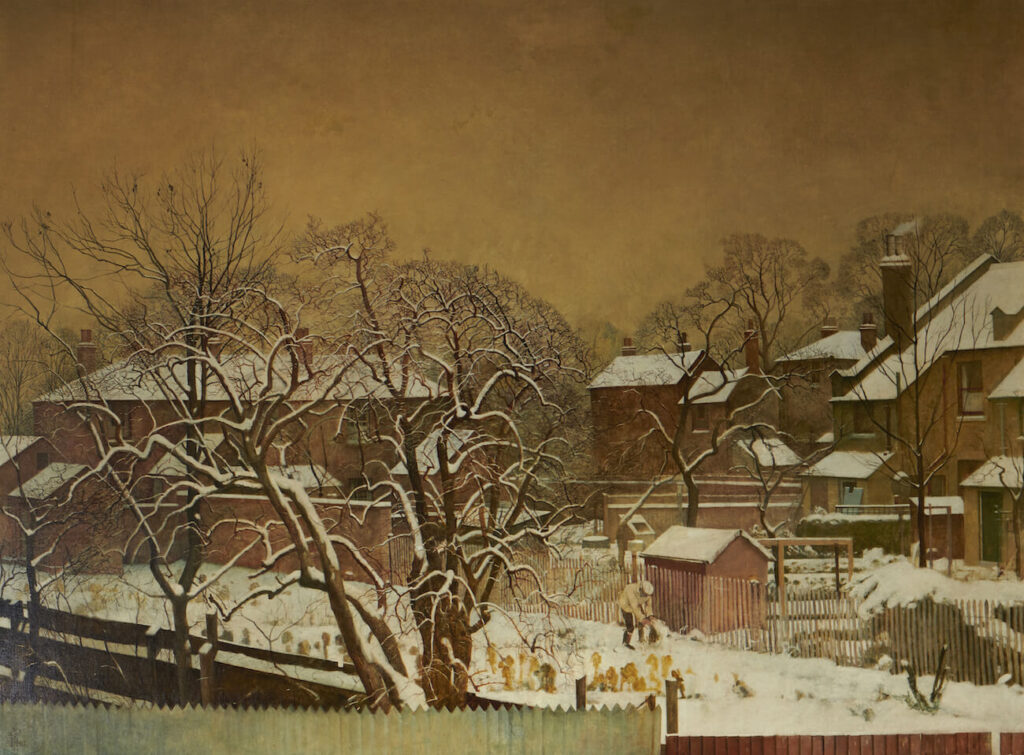 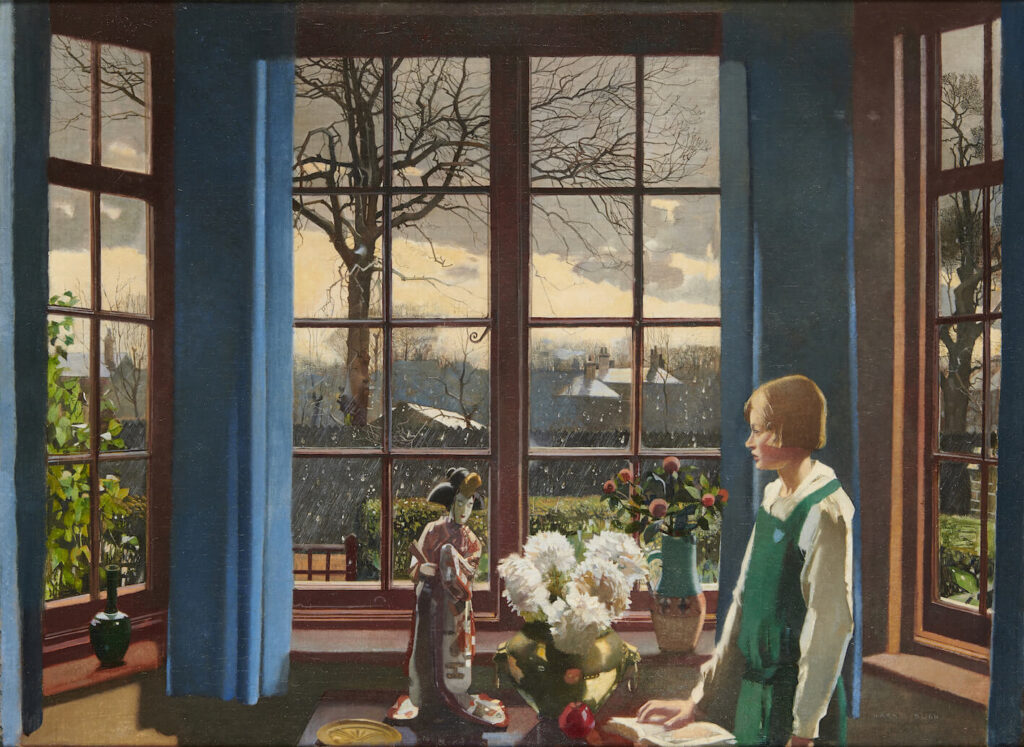