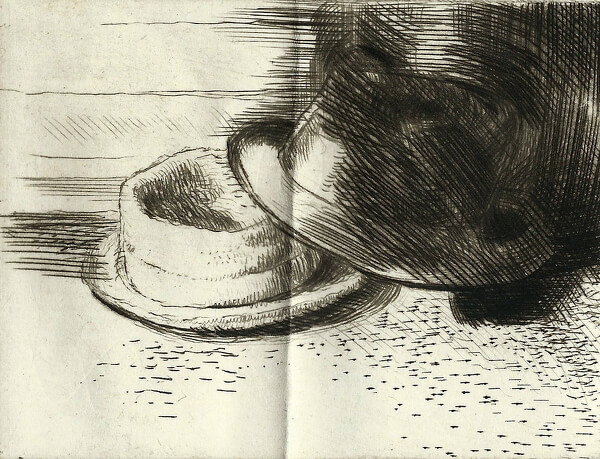 Francis Howard Spear (1902-1979) was a printmaker and a stained glass artist who attended the Royal College of Art with Bawden, Ravilious in the mid 1920’s and later went onto teach at the School. The V&A holds examples of his stained glass and a number of designs for stained glass, and his coloured lithographic print Horse Race.

Haystacks were a frequent motif in Spear’s work – so much so that his friends called him’Haystacks Spear’. 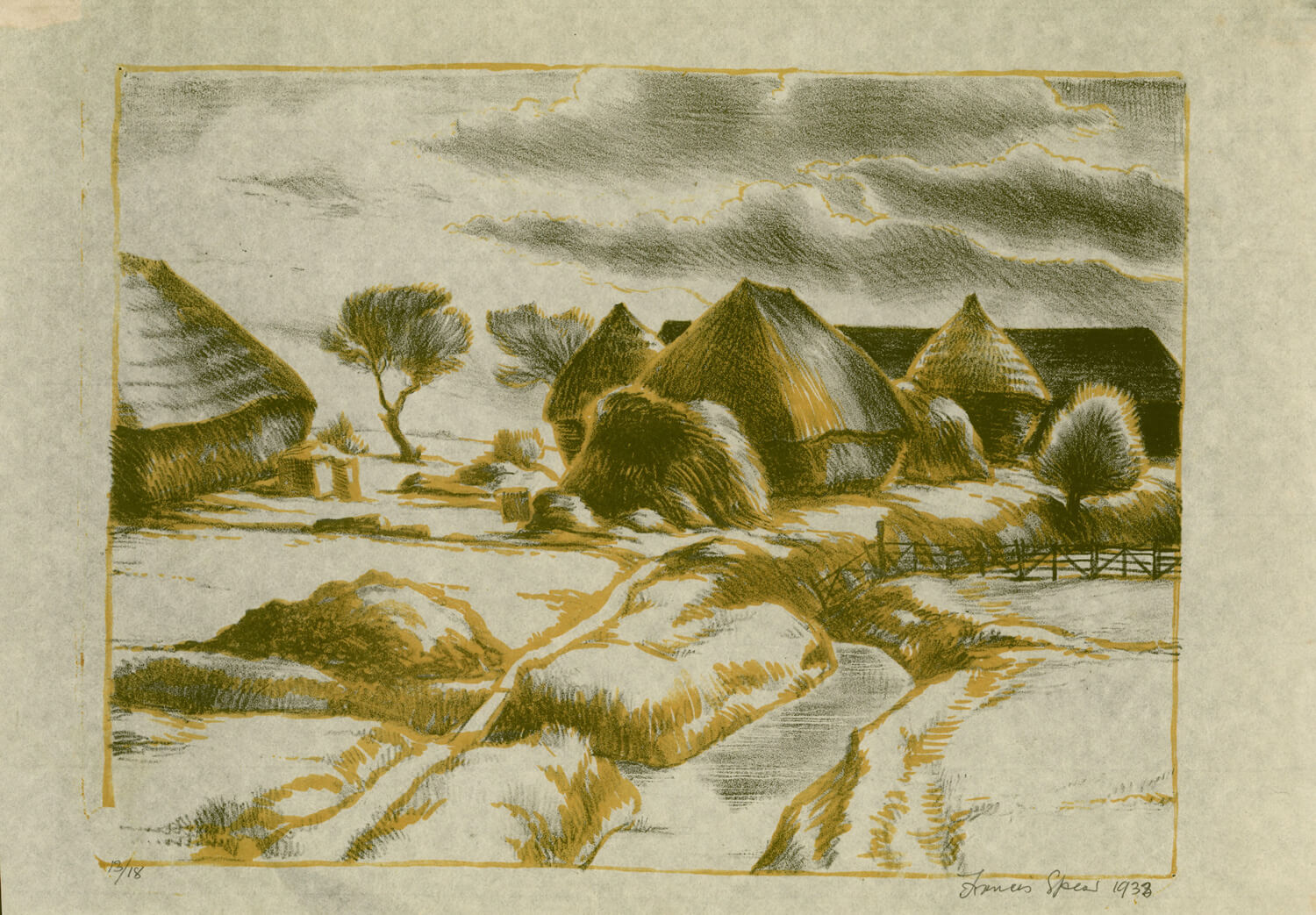 He attended the LCC School of Arts and Crafts (which became the Central School of Arts and Design), he successfully passed Parts 1 and 2 of the Board of Education’s Examination in Industrial Design, specialising in stained glass in 1923.
While studying at the Central School in 1922, he became pupil-assistant to Martin Travers, the leading English practitioner of stained glass.

Spear won a National Scholarship to the Royal College of Art in 1923, with a chosen specialism stained glass.

Francis Spear is an important, though not now well-know, figure in twentieth century English stained glass. His working career covers 50 years, from 1922 when he began working with Martin Travers, to 1972, when he ceased teaching at Reigate School of Art. Spear taught John Piper lithography. 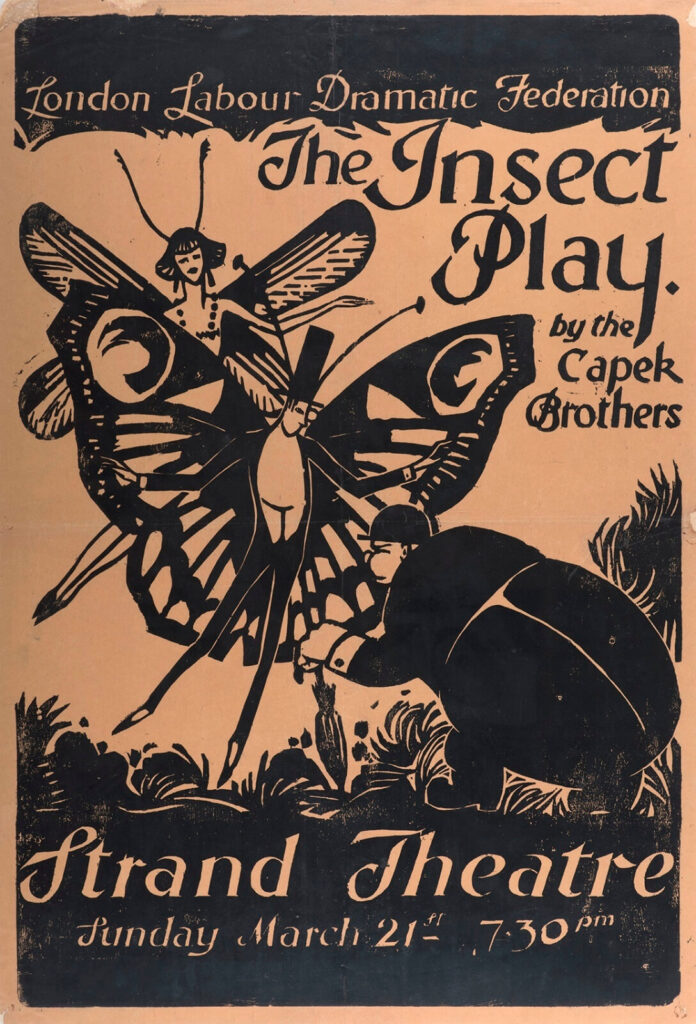 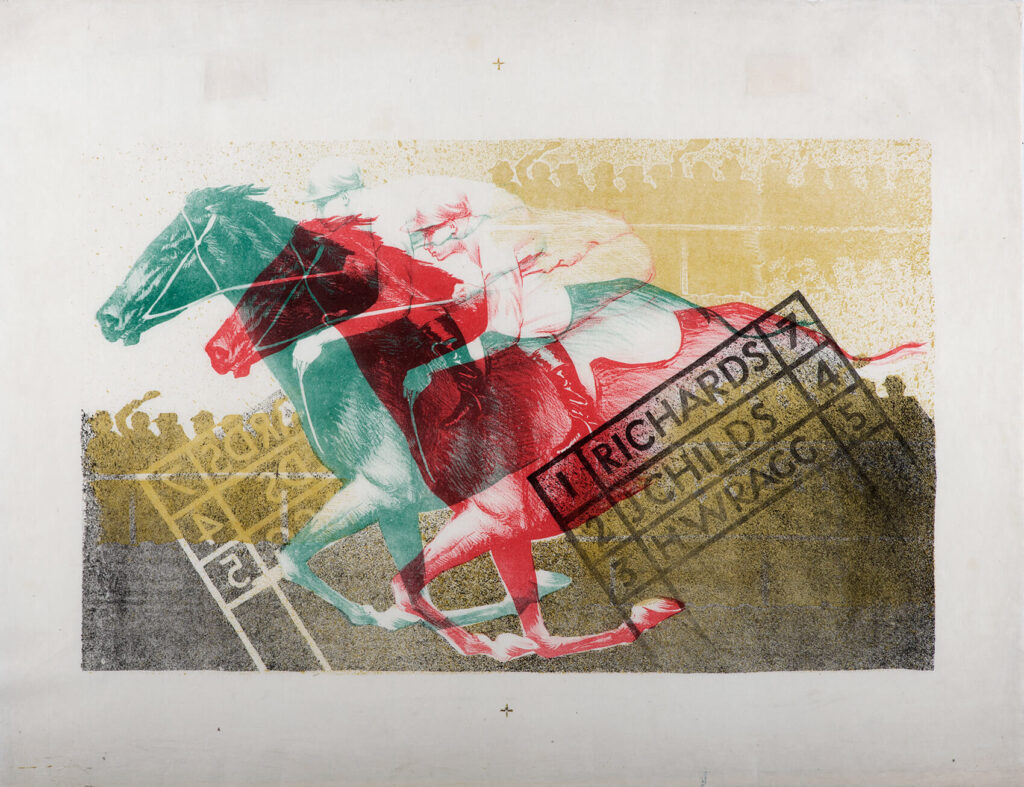 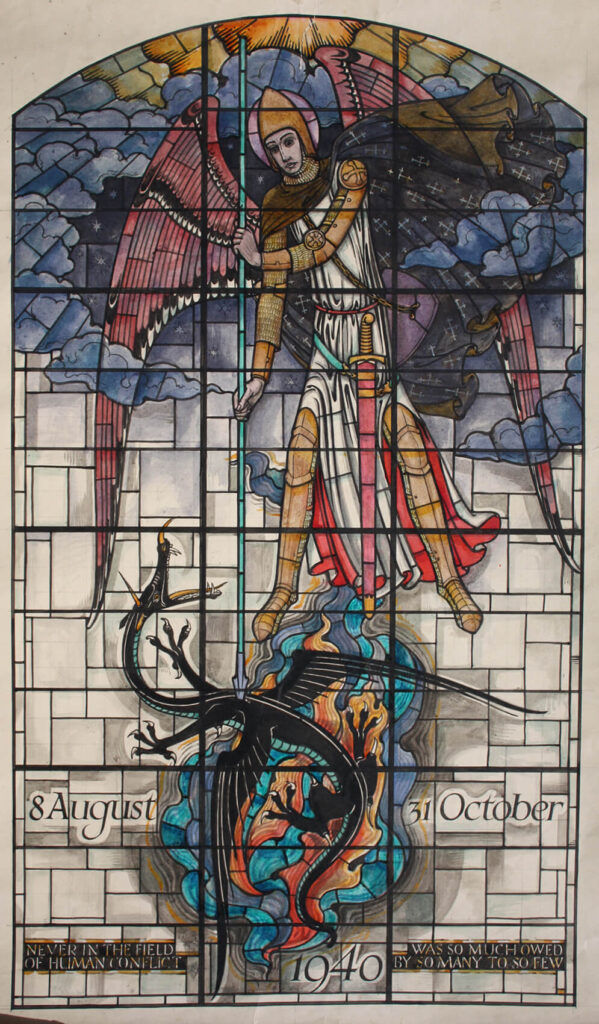 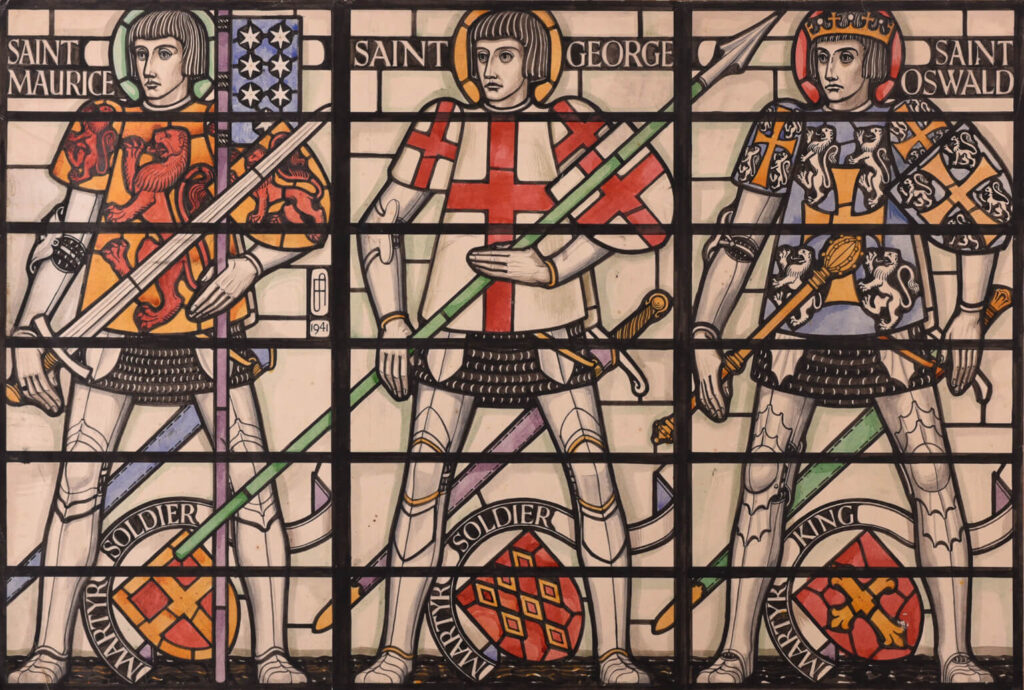 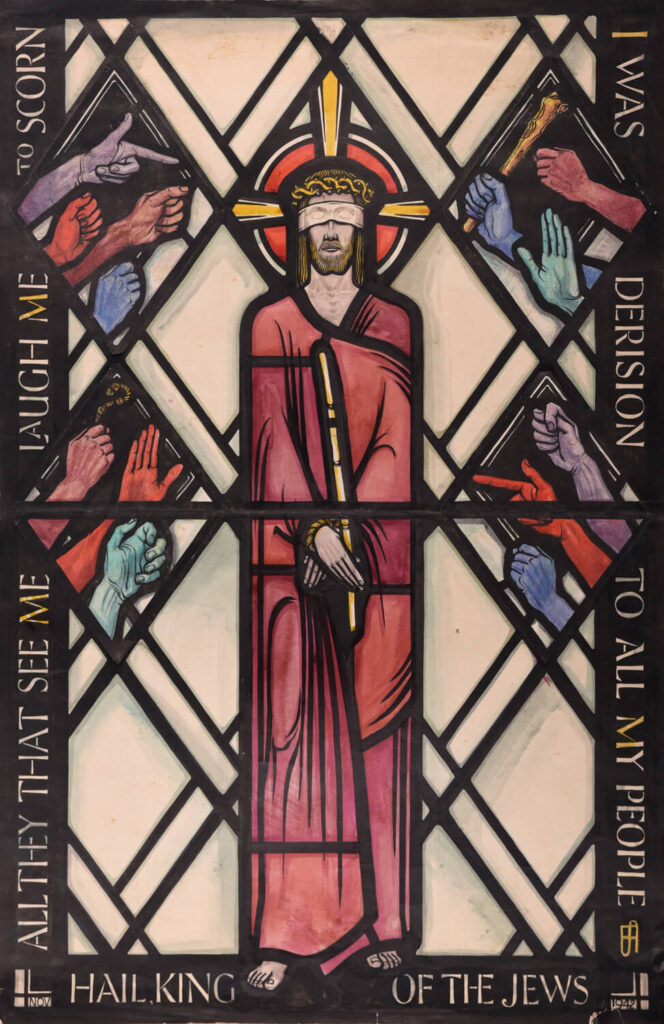 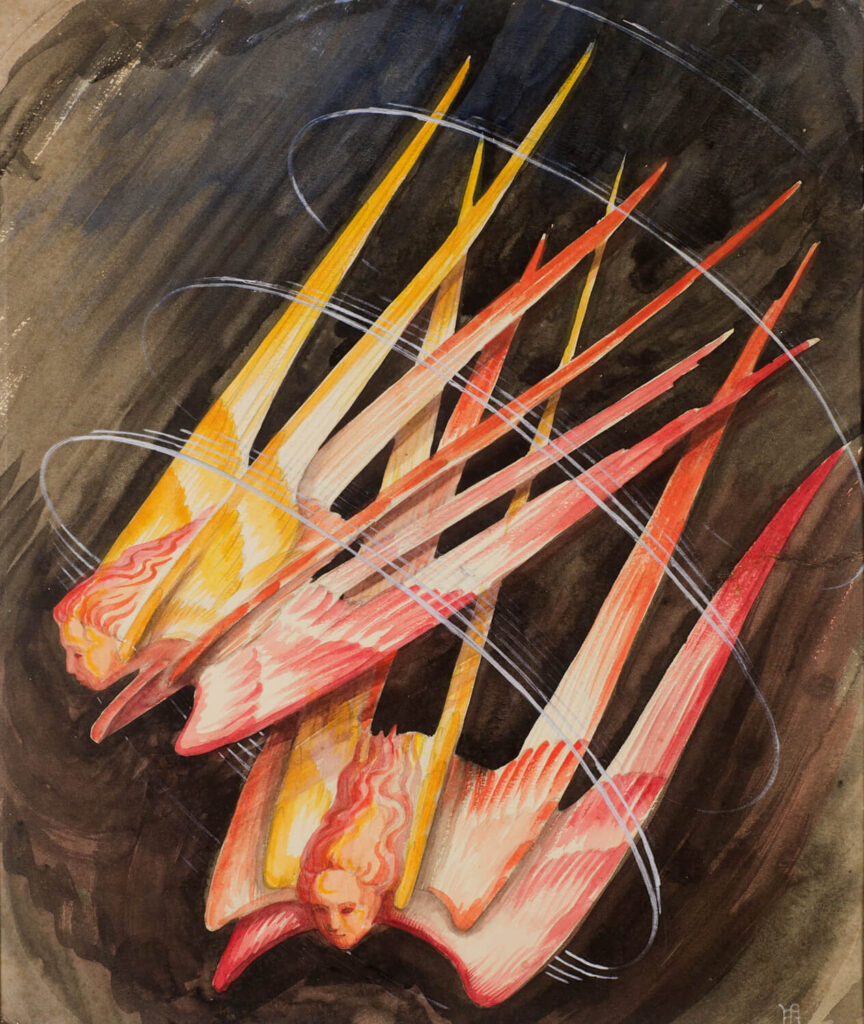 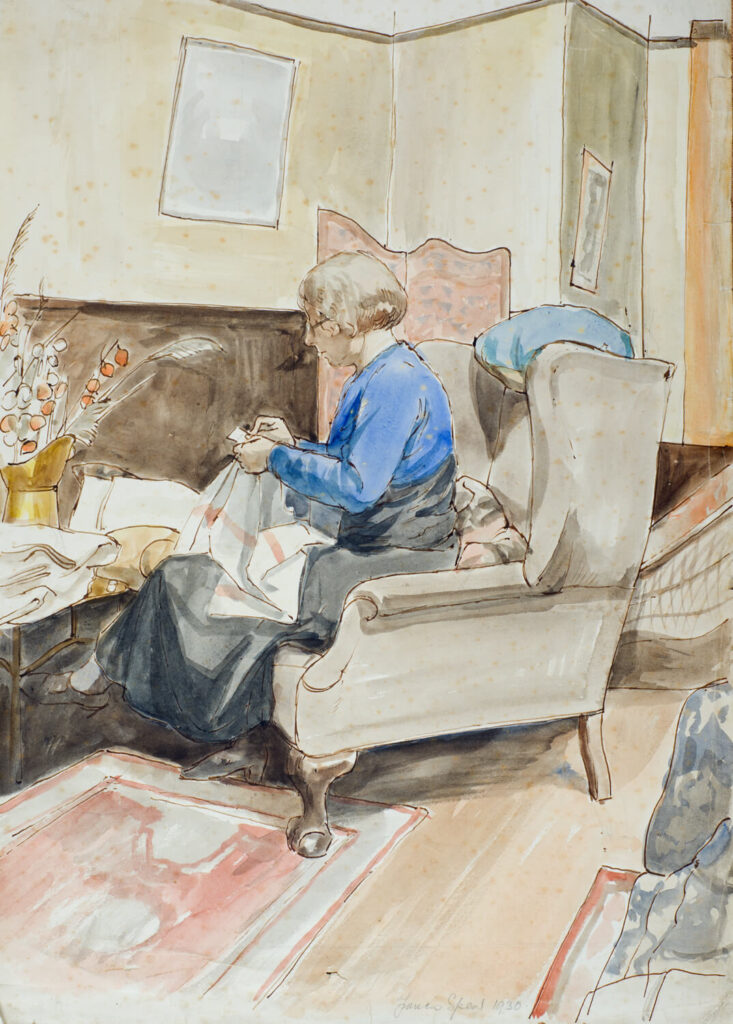 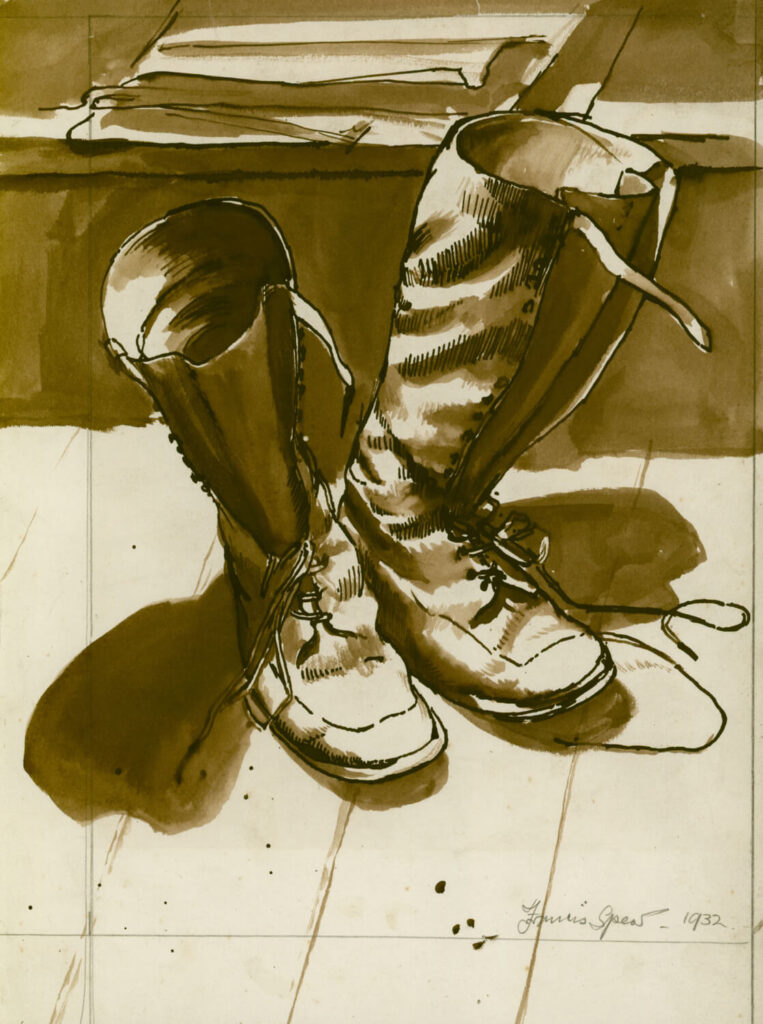 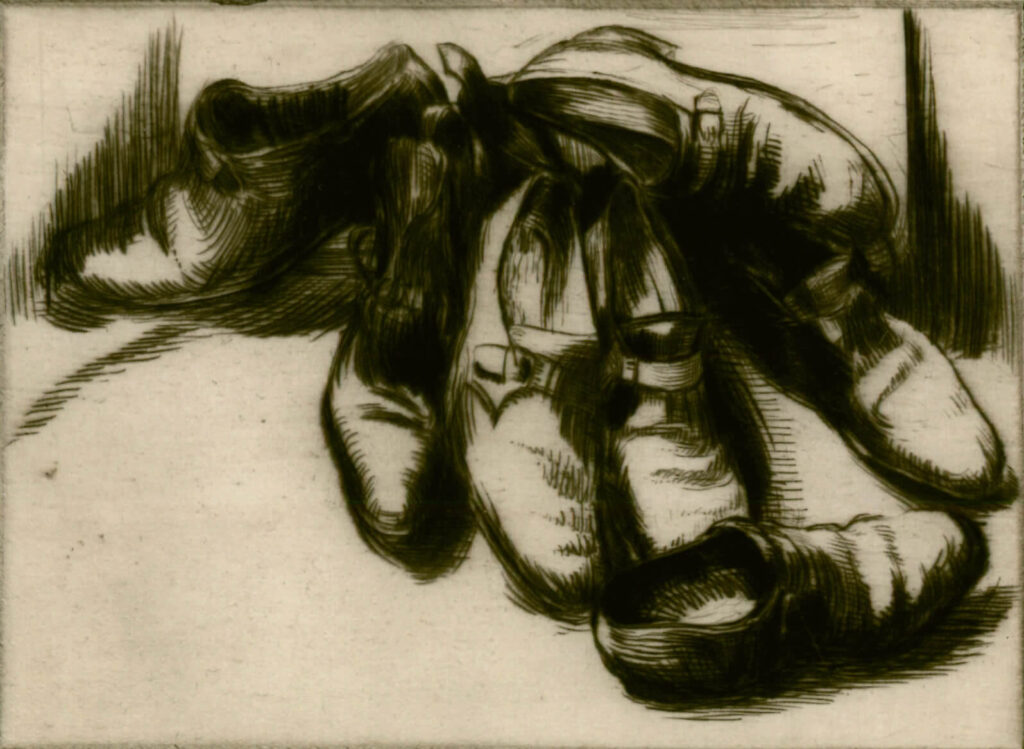 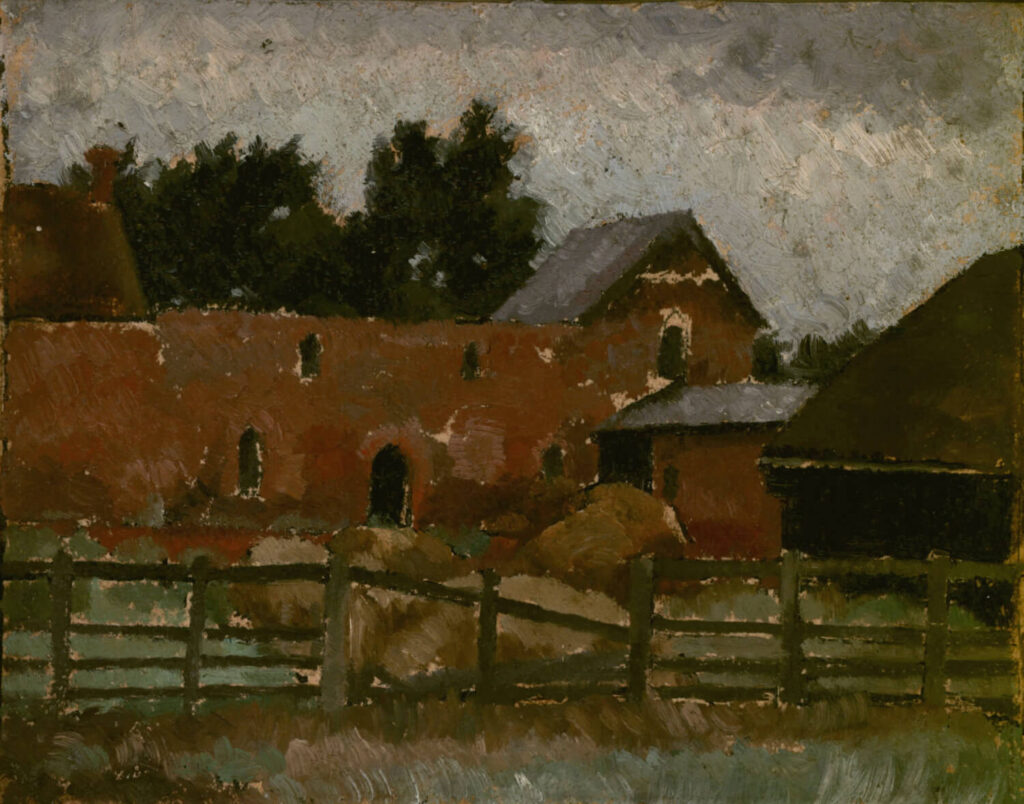 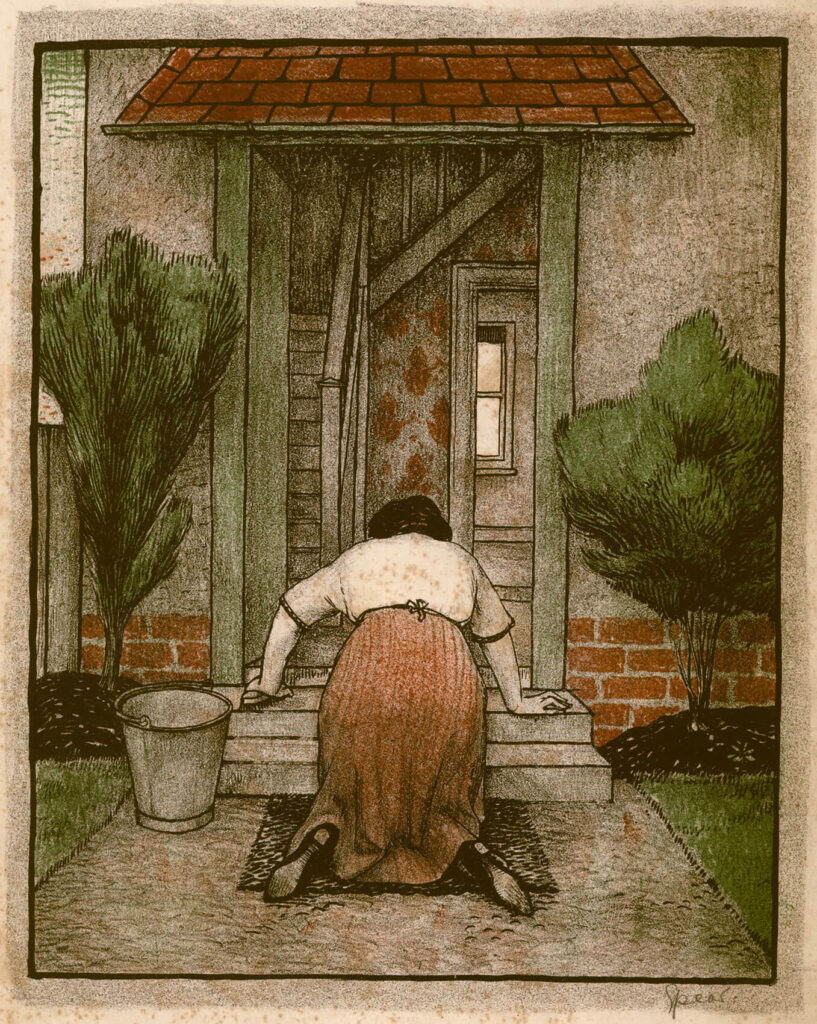