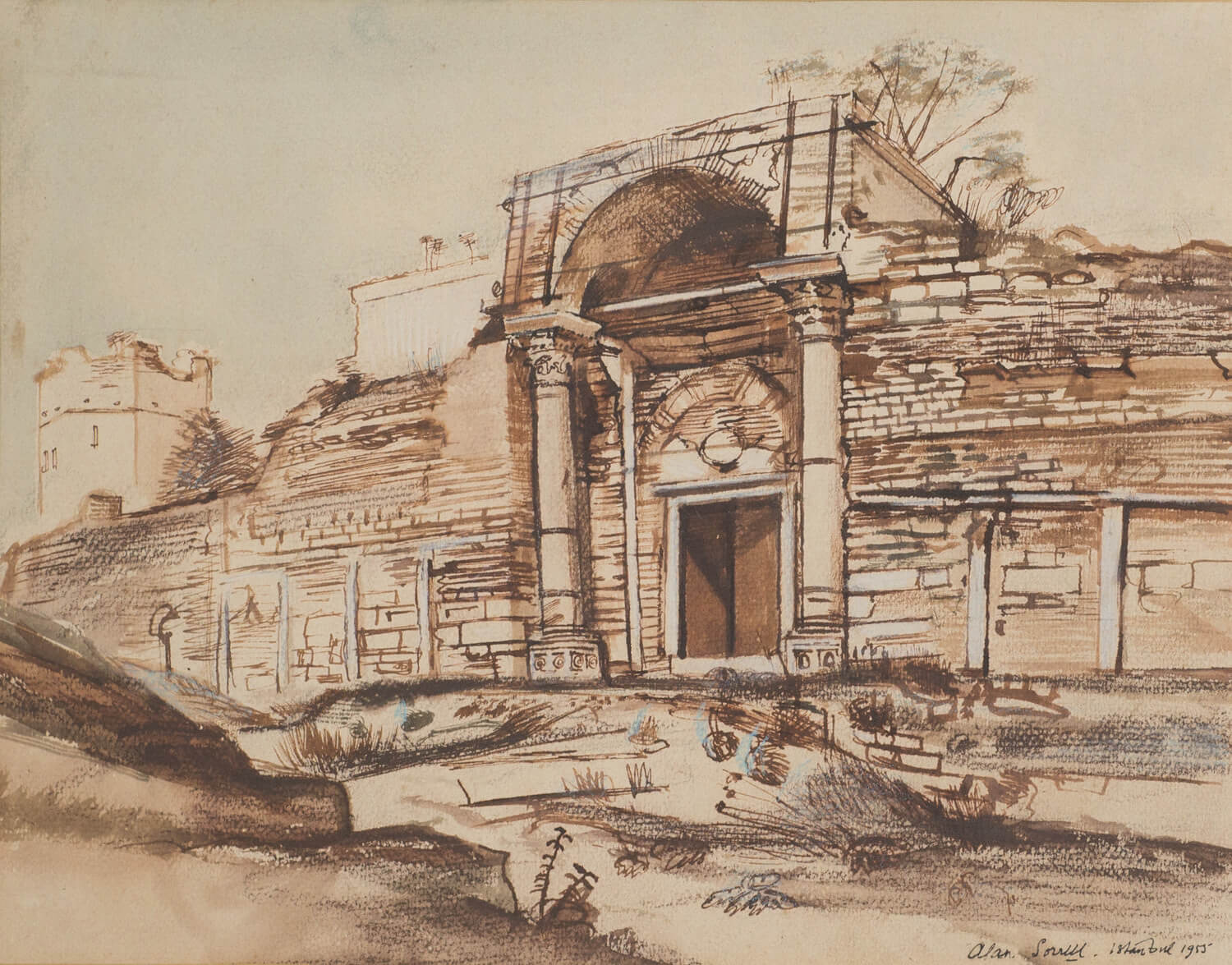 1953 marked the 500th anniversary of the fall of Constantinople in 1453.  This was noted in the letter page of The Times and a great deal was written about the state of decay of the vast defences constructed by the Emperor Theodosius in 413.  The Theodosian Walls of Constantinople had been built to protect this capital city of the Eastern Roman Empire from the attacks of the Goths and othe barbarian invaders, and they had been supremely successful in doing so for over a thousand years, allowing the city to thrive and to continue as, amongst other things, the repository of all Classical learning.
It was agreed that Sorrell should travel to Istanbul to make some studies of the ancient walls, and from these make a reconstruction drawing of them.  On the same trip he should also visit Athens, Mycenae and Pylos in Greece and draw the sties of ancient cities there.
Disclaimer:
Liss Llewellyn are continually seeking to improve the quality of the information on their website. We actively undertake to post new and more accurate information on our stable of artists. We openly acknowledge the use of information from other sites including Wikipedia, artbiogs.co.uk and Tate.org and other public domains. We are grateful for the use of this information and we openly invite any comments on how to improve the accuracy of what we have posted. 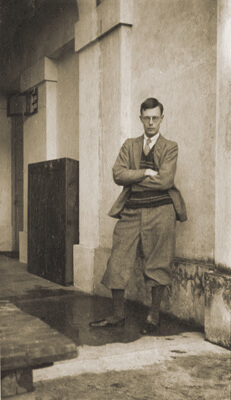 Alan Sorrell (1904-1974) attended the Royal College of Art in the mid-1920s during
a period which saw the emergence of talents such as Edward Bawden, Eric Ravilious, John Piper, Henry Moore and Barnett Freedman. Although Sorrell’s work has been less well documented his talent was comparable to that of artists more usually associated with the RCA’s formidable reputation during the interwar years.

What were Sorrell’s achievements and how should he be remembered by posterity? During his life Sorrell produced a vast cycle of murals (nearly 20 over a 30-year period). When exhibited for the first time in a generation at the British Murals show organized by Liss Fine Art at The Fine Art Society (London), William Packer described Sorrell’s recently rediscovered Festival of Britain mural as ‘utterly enchanting’ and ‘quite the star of the entire show’, (The Times 2.3.2013 p 91).

Another aspect of Sorrell’s oeuvre which deserves greater recognition are the paintings he produced during WW2. Like many artists of the period, such as Sir Thomas Monnington, Sorrell’s direct experience as an airman resulted in a new perspective ‘ broad horizons and tilted aerial views which were to become the hallmark of his post-war reconstruction drawings. Never an Official War Artist he was able to choose his subjects with relative freedom which resulted in an engaging record of daily life in wartime Britain.

Sorrell’s work as a pre-war artist is relatively little known. Trained at Southend before starting to work as a commercial artist Sorrell subsequently took up a scholarship at the RCA (1924) ‘ an association later strengthened by his period as a teacher there (1931-48). In between he spent two years at the British School at Rome on a Scholarship.

Almost no work survives from Sorrell’s period as an RCA student other than the preparatory drawings with which he competed for his 1928 Rome Scholarship. The RCA archives for this period are much depleted (probably having been destroyed in the war), as a result of which it is hard to gain a fuller picture of this formative period of his life. An equally small body of work has survived from his two years in Rome though his early self-portrait (November 1928) ‘ a masterly fusion of nagging self-doubt and youthful self confidence ‘ hints at the emerging power of his talent. Sorrell recorded his time at the British School at Rome in an unpublished typescript titled Barbarians in Rome in which he paints a vivid picture of life at the school during the years 1928-30.

Returning from Rome in 1930, Sorrell produced some very fine works: Artist in the Campagna (c. 1931), Appian Way (1932), Rocky Formation at Thingvellir (1934), The Long Journey (1936), A Land Fit for Heros (1936). Sorrell’s vision was born out of the Romantic British tradition exemplified by Blake, Palmer and their 20th-century disciples.

Sorrell is principally remembered today as an illustrator of articles on archaeology for
The Illustrated London News and books ranging from Roman Britain to The Holy Bible,
(more than 15 books over a period of 40 years, the last Reconstructing the Past appearing posthumously in 1981) and for reconstruction drawings for the Ministry of Works ‘ later English Heritage. Through these projects Sorrell played a unique role at a crucial moment in the development of archaeology as a discipline helping it develop from non-specialist to rigorous professional activity. The pioneering archaeologists he worked with read like a roll call of honour: Cyril and Ailen Fox, Dr Kathleen Kenyon, Professor Brian Emery, Mortimer Wheeler, Leonard Woolley, V. E. Nash-Williams, Ian Richmond, James Mellaart, Shepherd Frere and Philip Rahtz. For this and subsequent generations of archaeologists Sorrell’s work holds a special fascination. Out of context some of these drawings can appear dated, but the majority are infused with the qualities of Sorrell’s most evocative work ‘ composed from a dynamic panoramic viewpoint full of imaginative details. This area of specialization, where Sorrell was successful in avoiding the predictable or formulaic, was not a cul de sac into which he withdrew from the artistic mainstream. Sorrell was acutely aware of contemporary issues and the same rigorous approach also inspired his remarkable series of drawings recording the construction of Hinkley Point Nuclear Power Station (from October 1957 to 1965). A photograph of Sorrell recording the Nuclear Reactor No 4 makes a poignant pair to the photograph of the same period which shows him sketching at Stonehenge.

Sorrell continued to develop his vision consistently over a highly productive half century. His journey was not always easy. Struggling at times financially he also suffered rejection and disappointment ‘ the War Artists Committee turned down his application to become an Official War Artist; he was dismissed from his teaching post at the RCA by Robin Darwin (1948) and failed in his subsequent application to become head of Winchester Art School. And as late as 1964, when he was put forward for election to the RA by John Ward, his candidature was rejected. He was a man of principle: when serving in the RAF he staged a ‘one man mutiny’, refusing to work on terrain models of cities he considered to be of ‘irreplaceable artistic importance’. He was an active environmentalist campaigning in Essex in the mid-1950s to protect local fields, woodlands and hedgerows from urban development.

Sorrell made numerous journeys to distant lands, painting in Iceland (1934), Greece and
Turkey (1954), Egypt and the Sudan (1962) where he travelled with a specially made canvas bag designed to stop his materials melting in the sun. A latter-day Holman Hunt, and with some of Holman Hunt’s heroism (!), he faithfully recorded scenes in situ including a remarkable series of over sixty drawings of the villages around Nubia threatened by the building of the High Dam at Aswan (1962). In other pictures his journeys were imagined, dramatic fantasies of falling towers, or trains rushing over viaducts.

As an epitaph for ‘England’s Early Sculptors’ John Piper used a thirteenth century chronicle by Peter Langtoft: ‘the wander wit of Wiltshire’ went to Rome to study the antiquities, but when the antiquaries learnt that he had never seen Stonehenge they sent him back to find inspiration in his own country. This story has a certain resonance with Sorrell’s own artistic journey and ultimately his success in forging a vision which responded to both legacies. 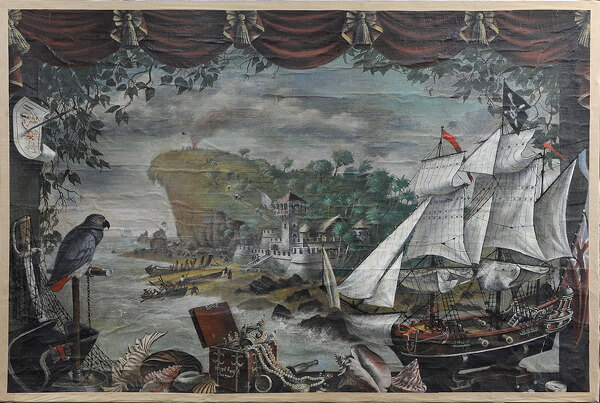 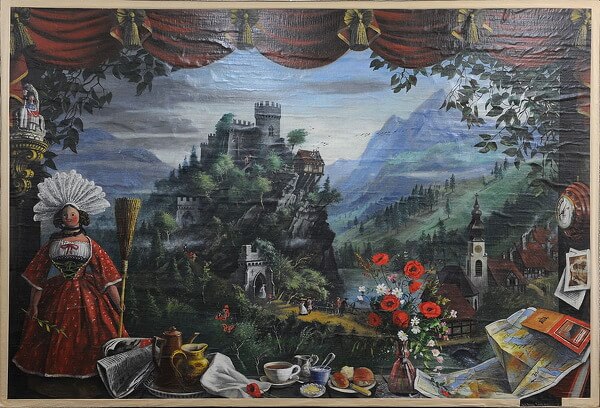 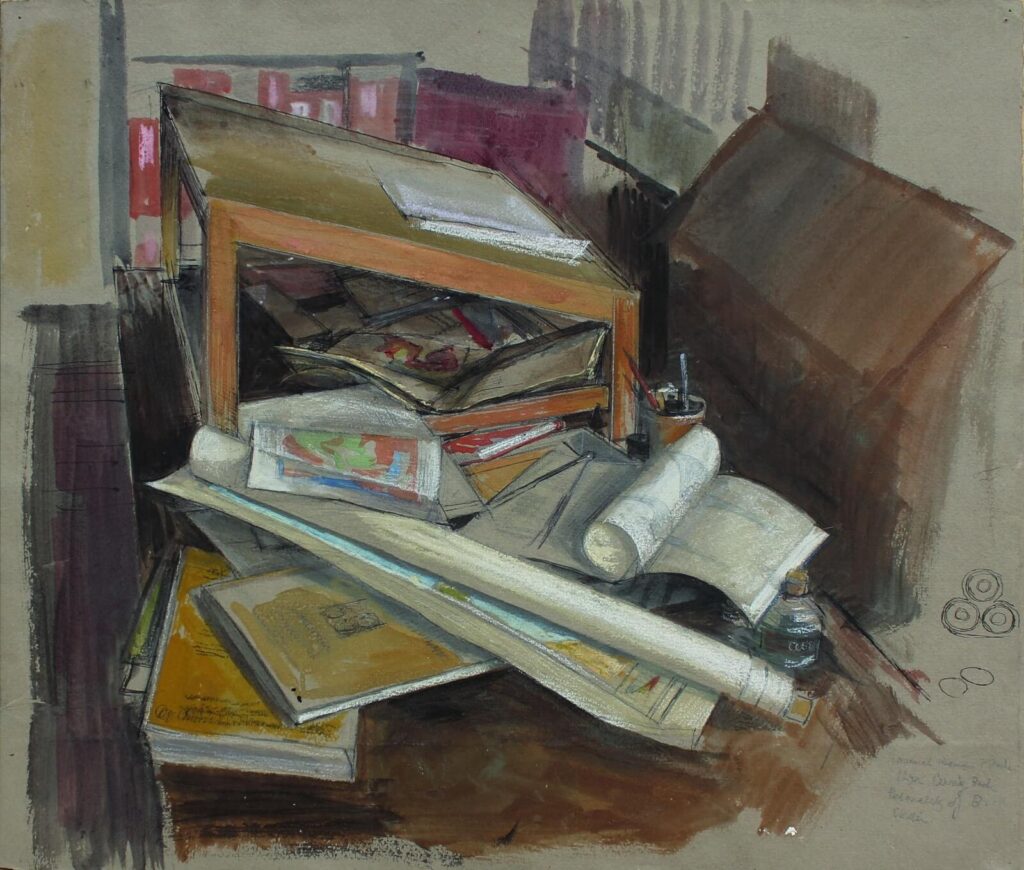 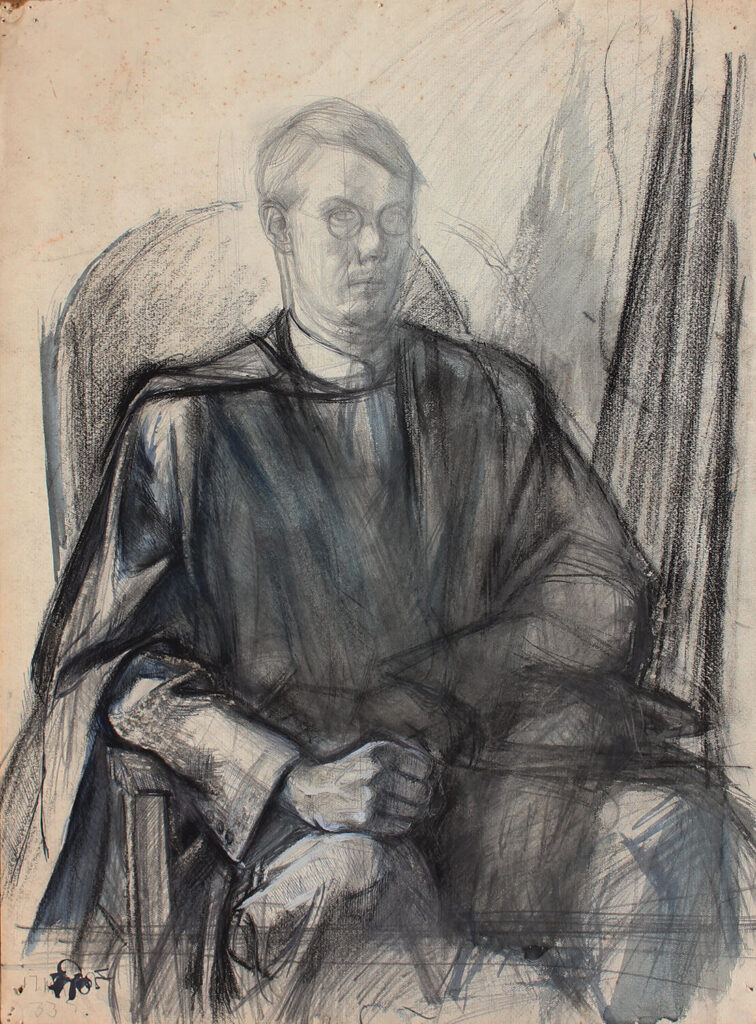 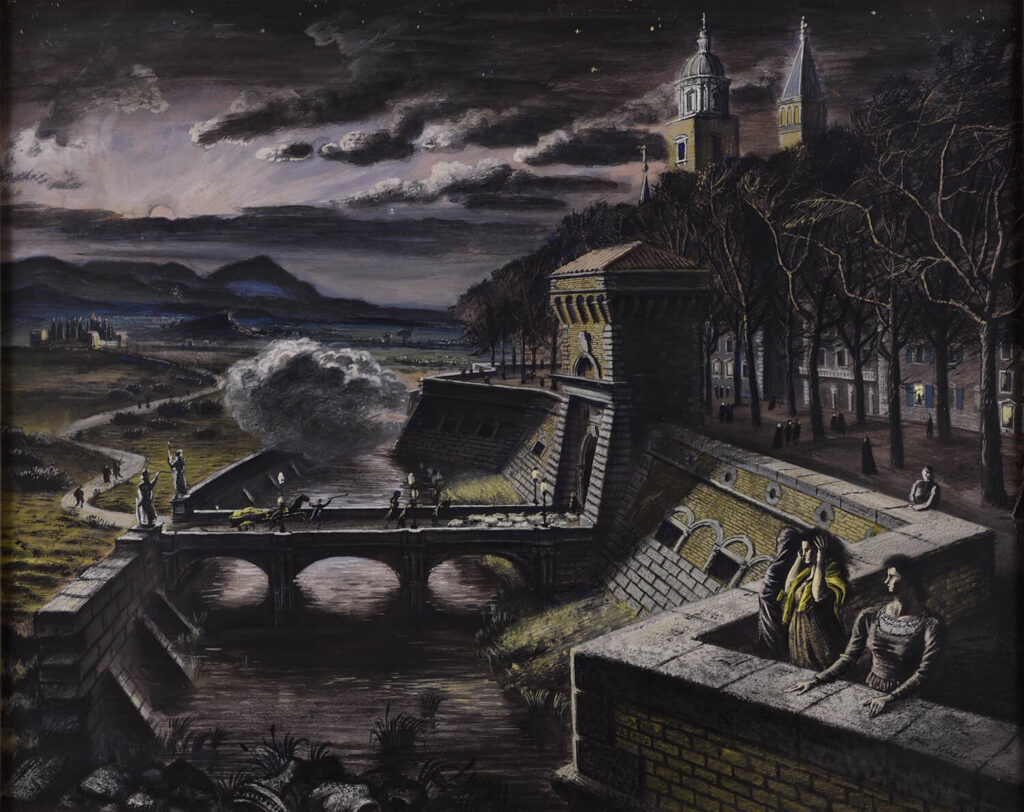 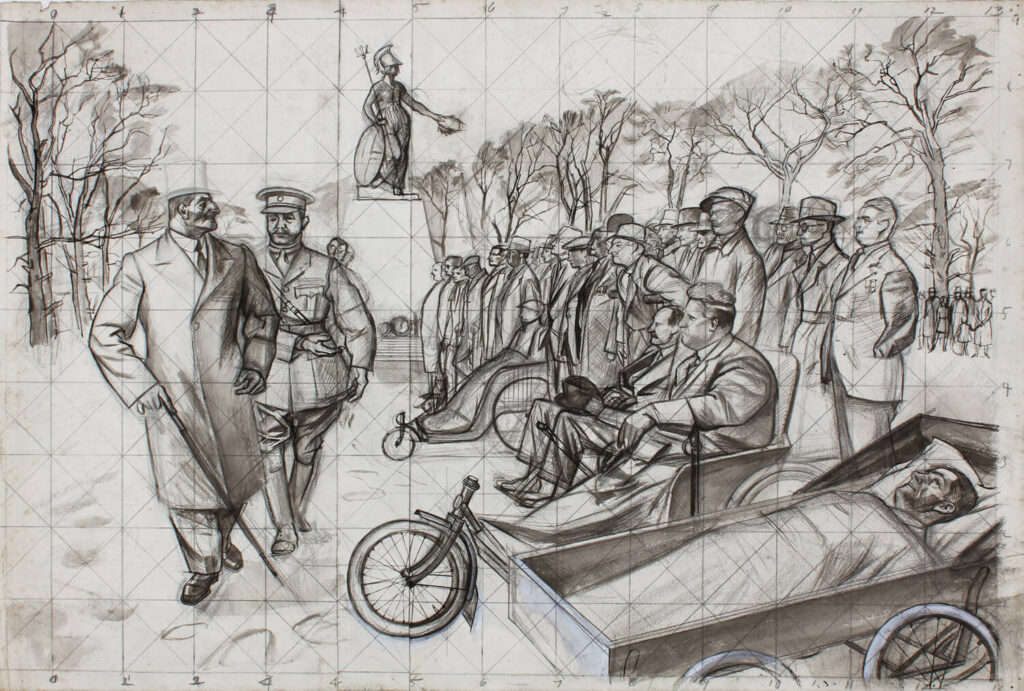 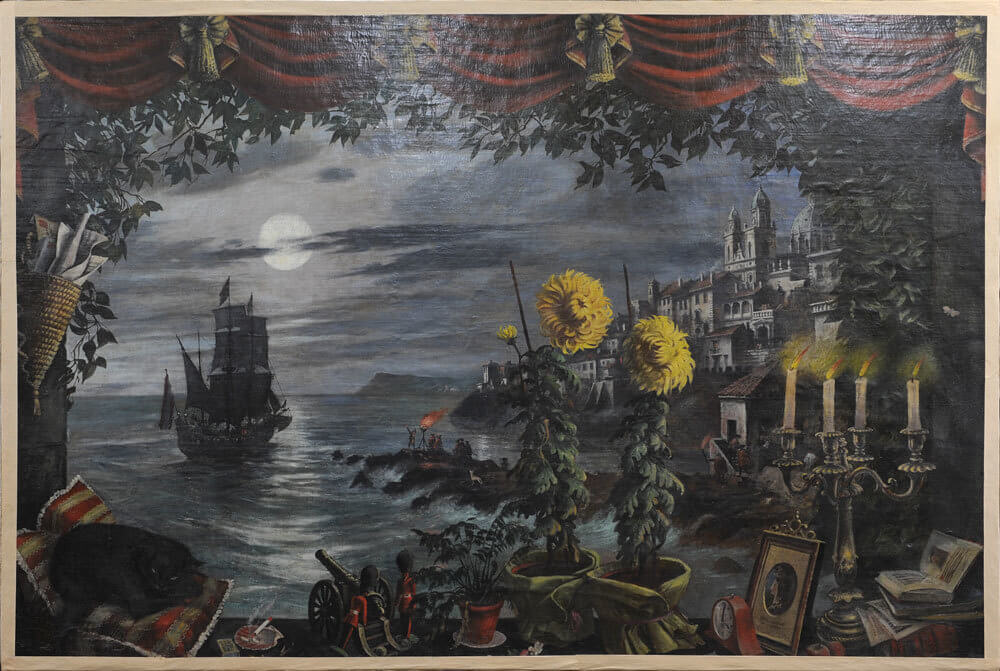 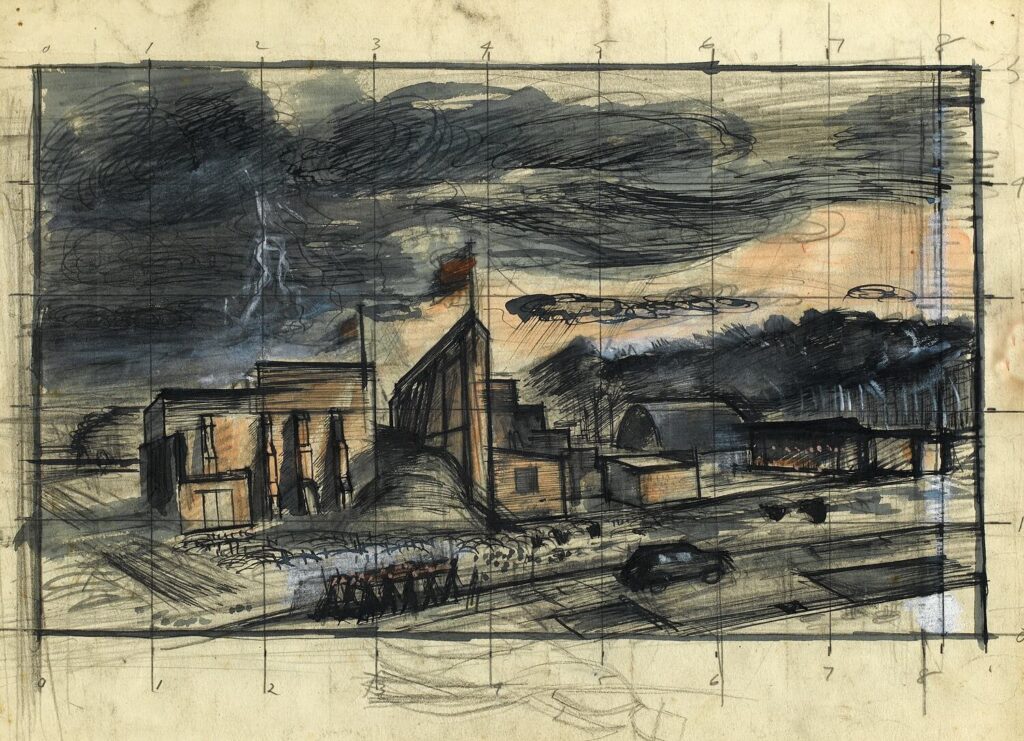 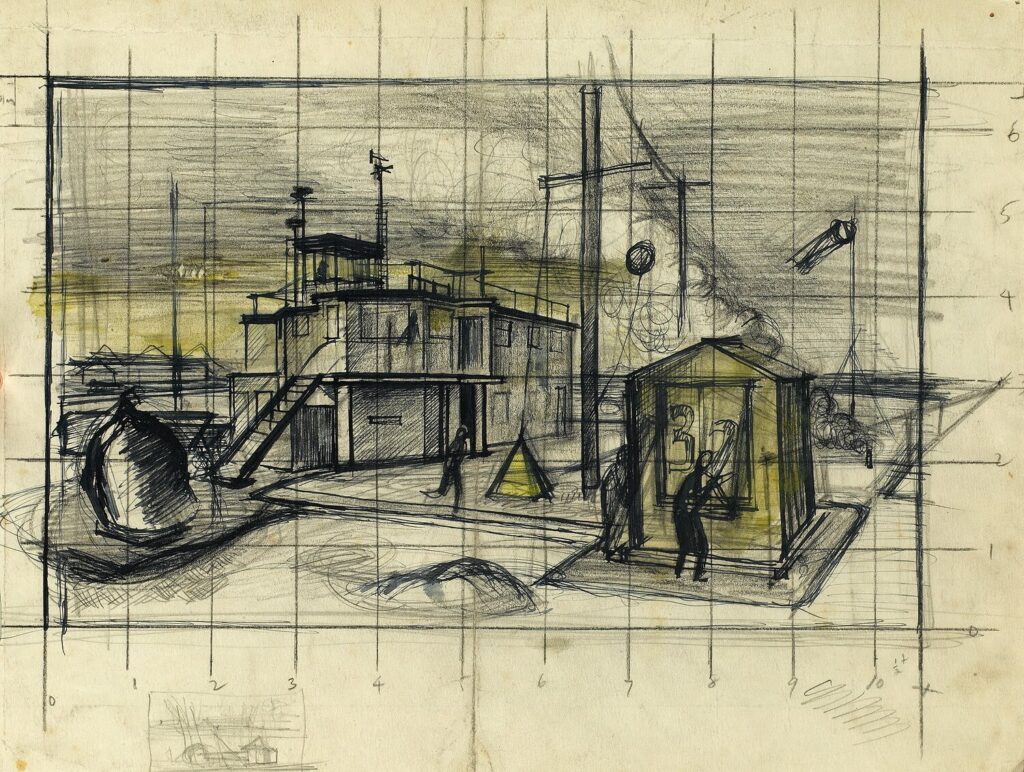 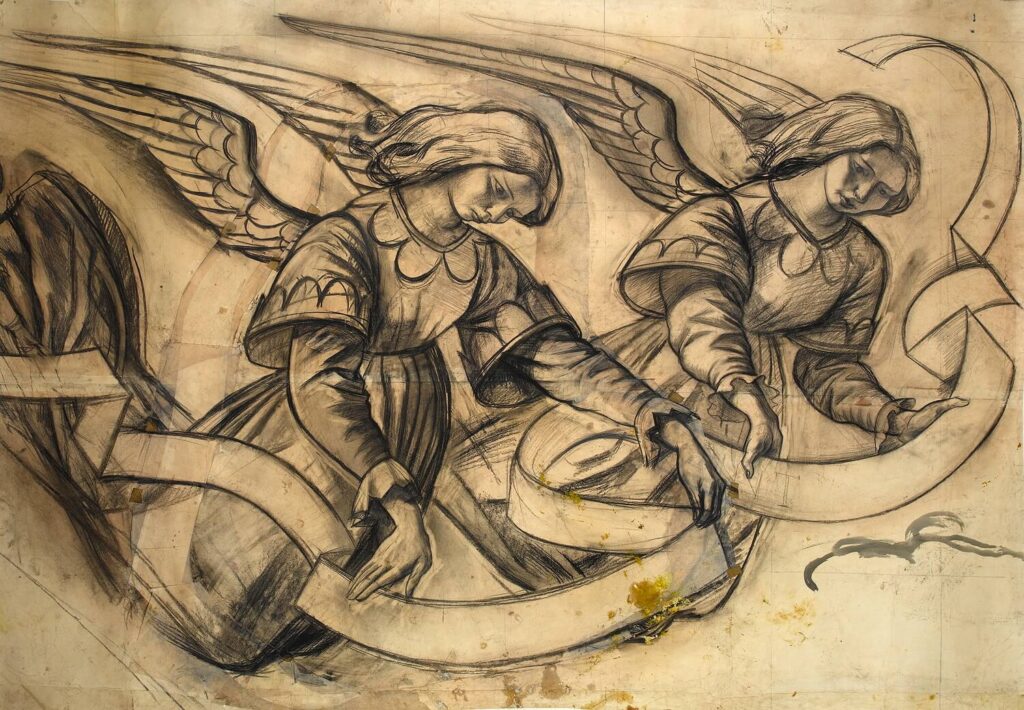 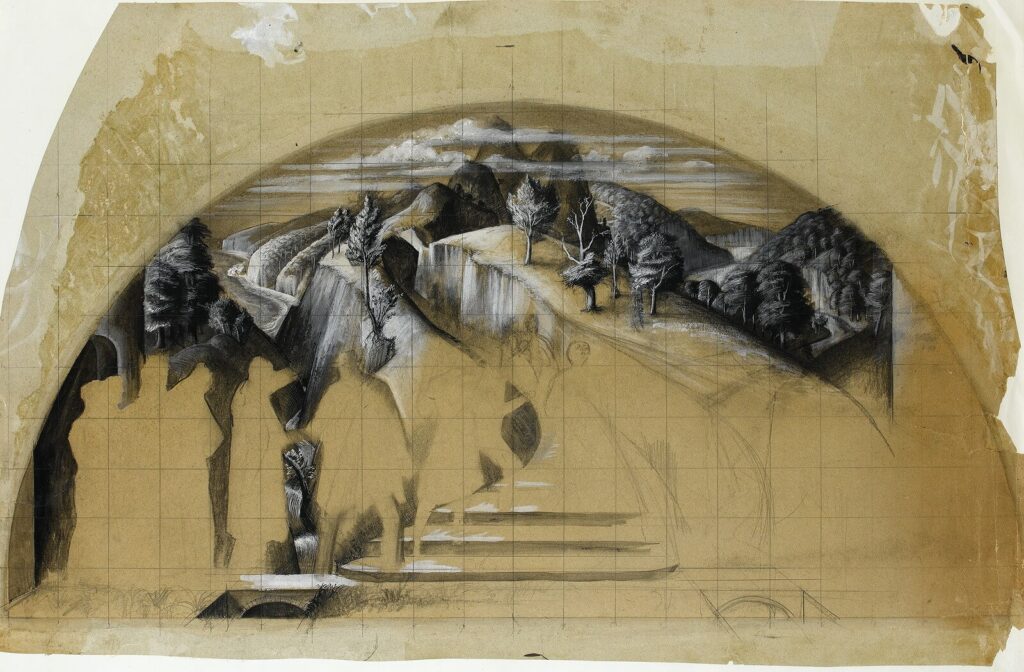 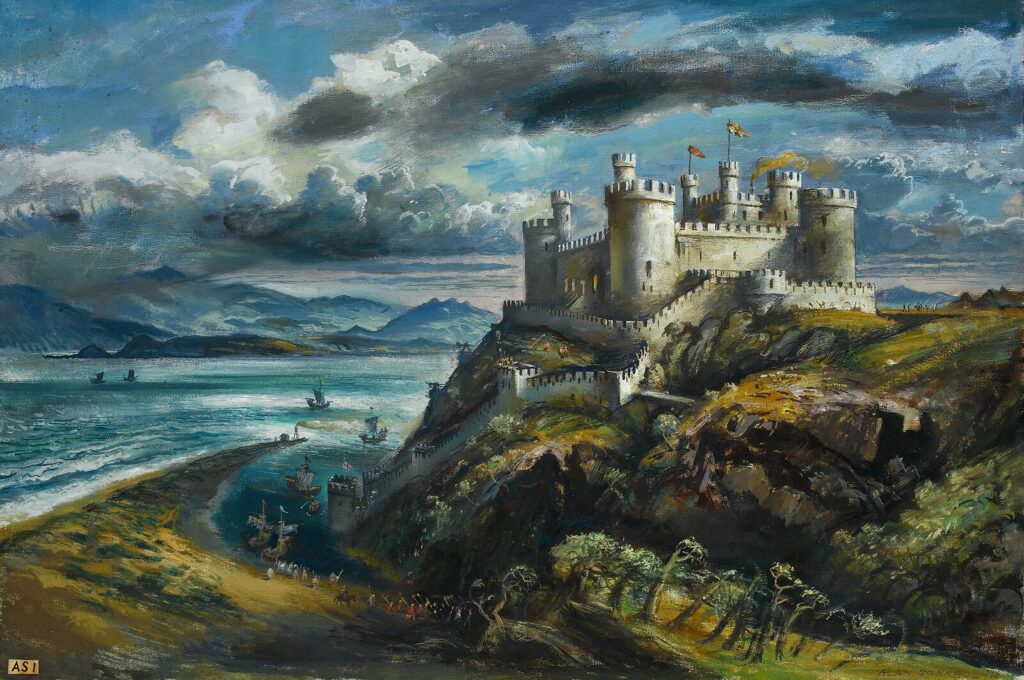 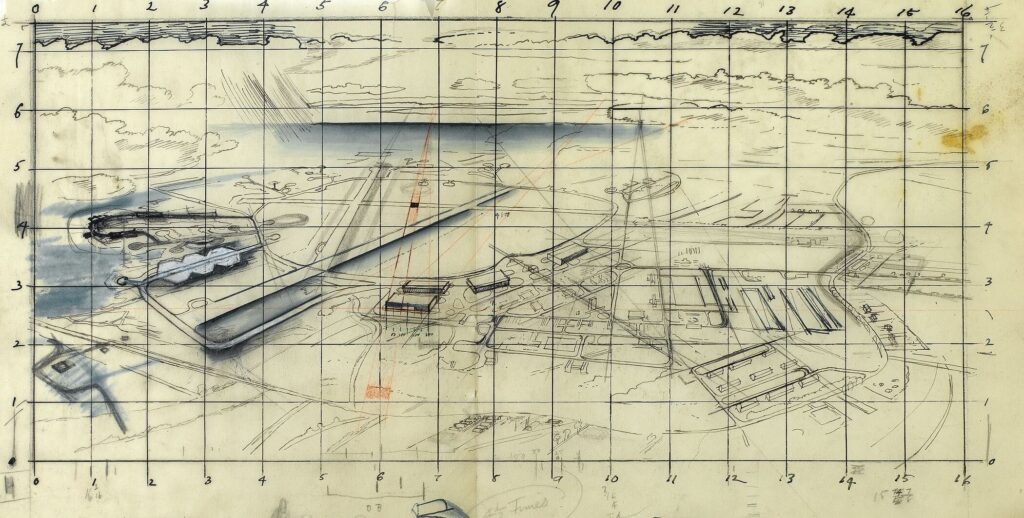 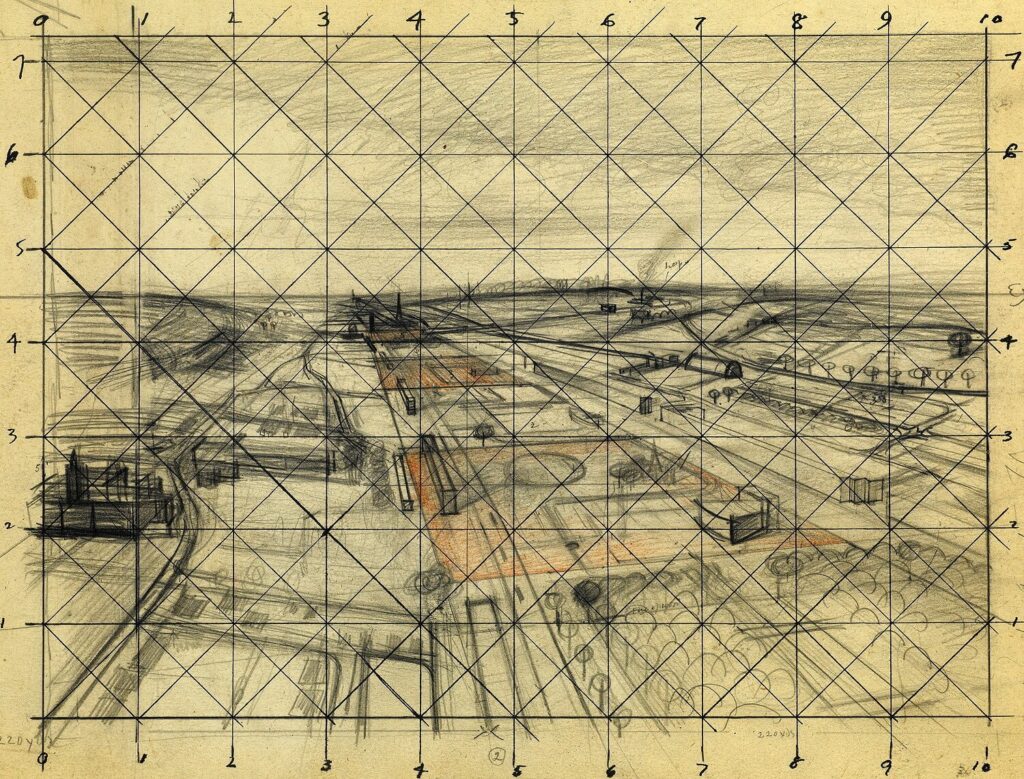 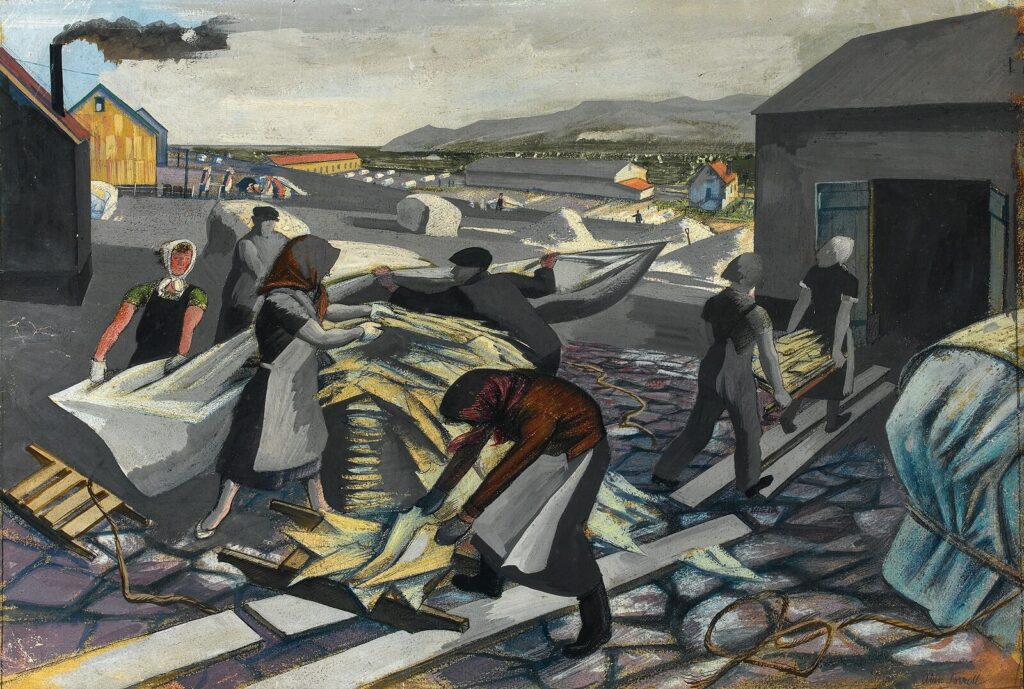 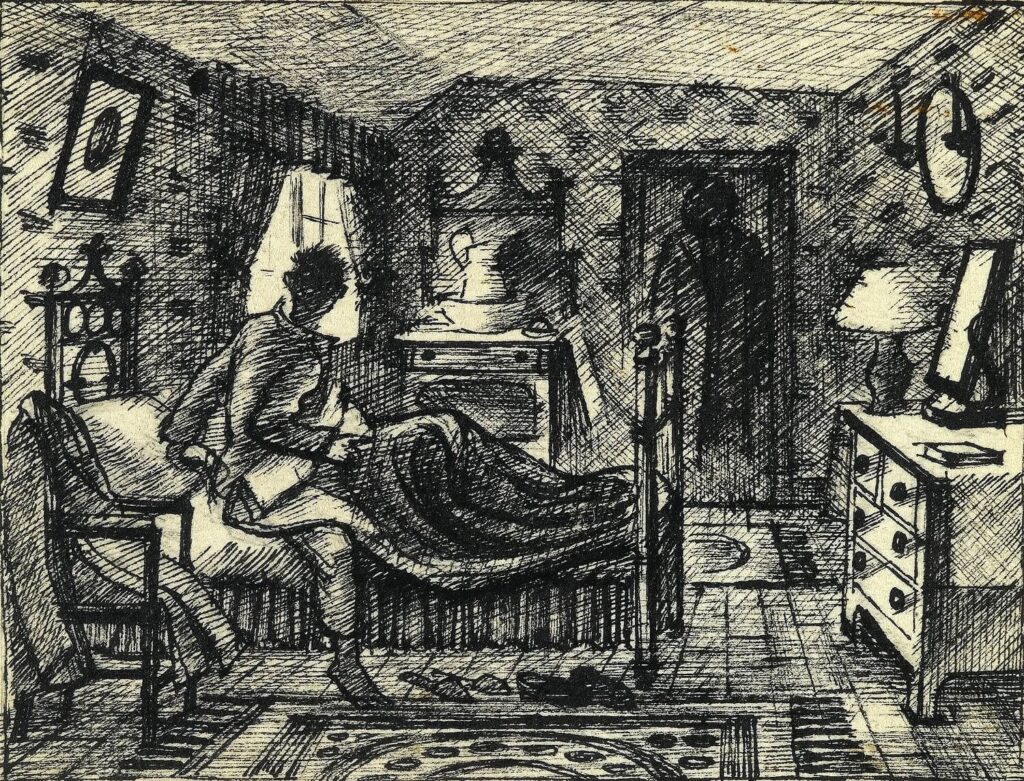 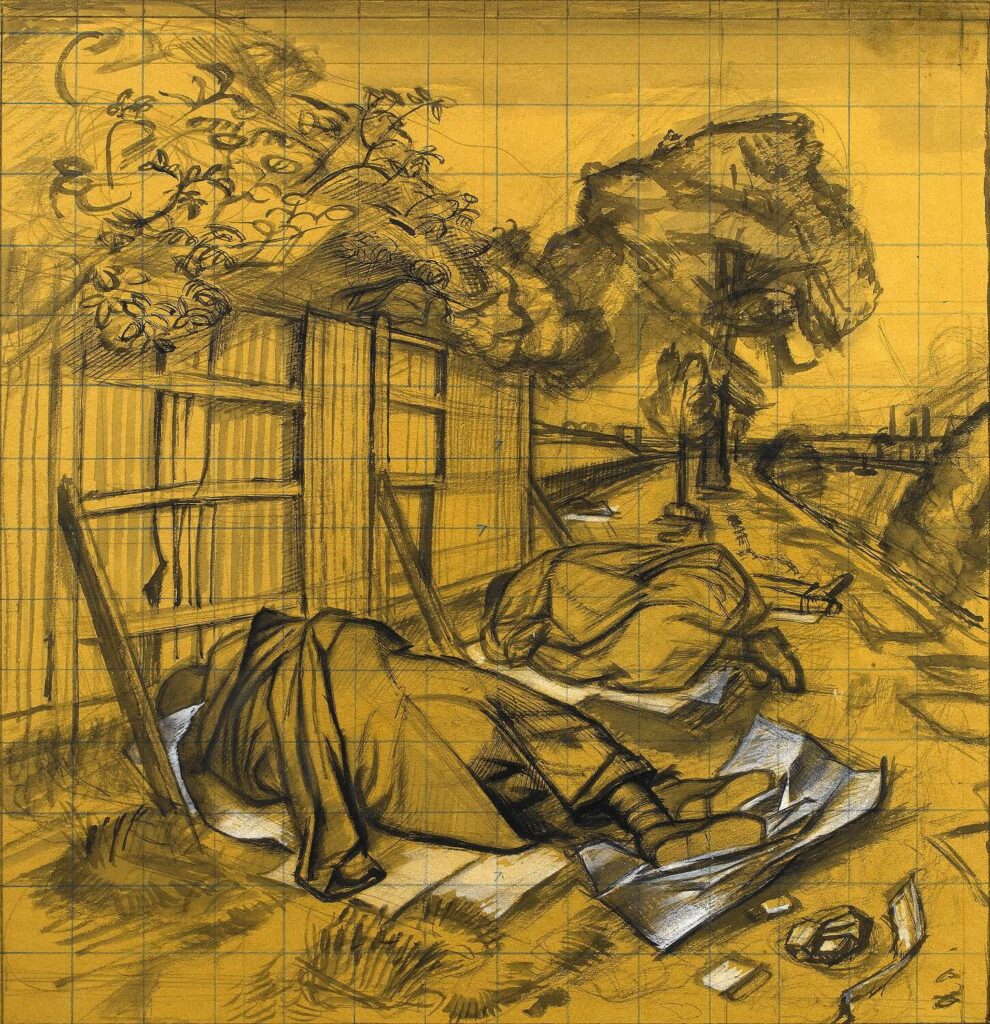 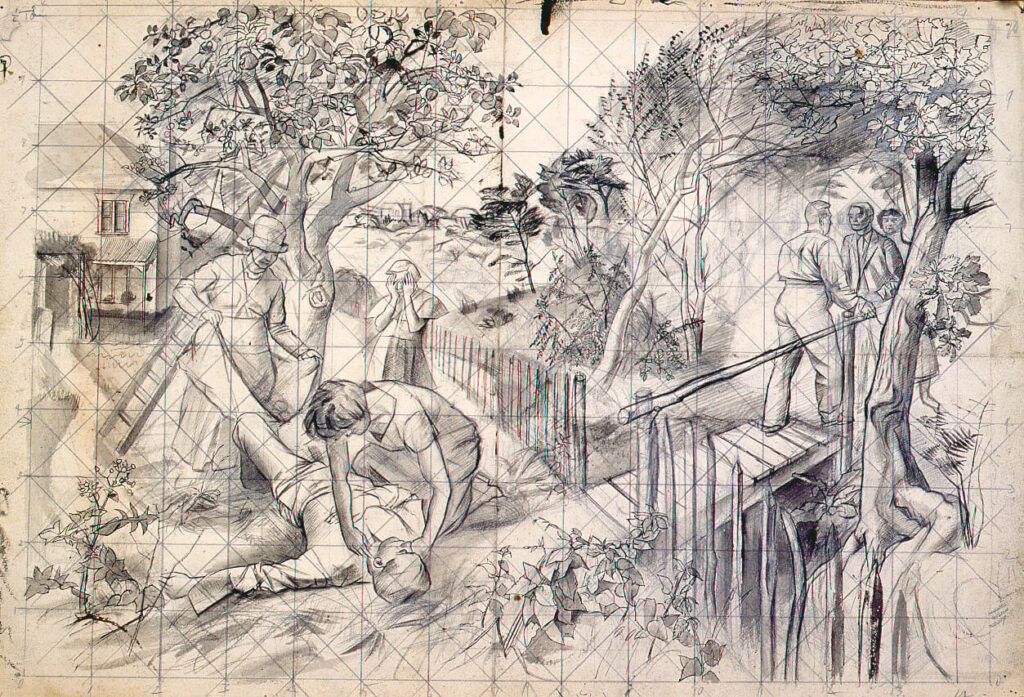 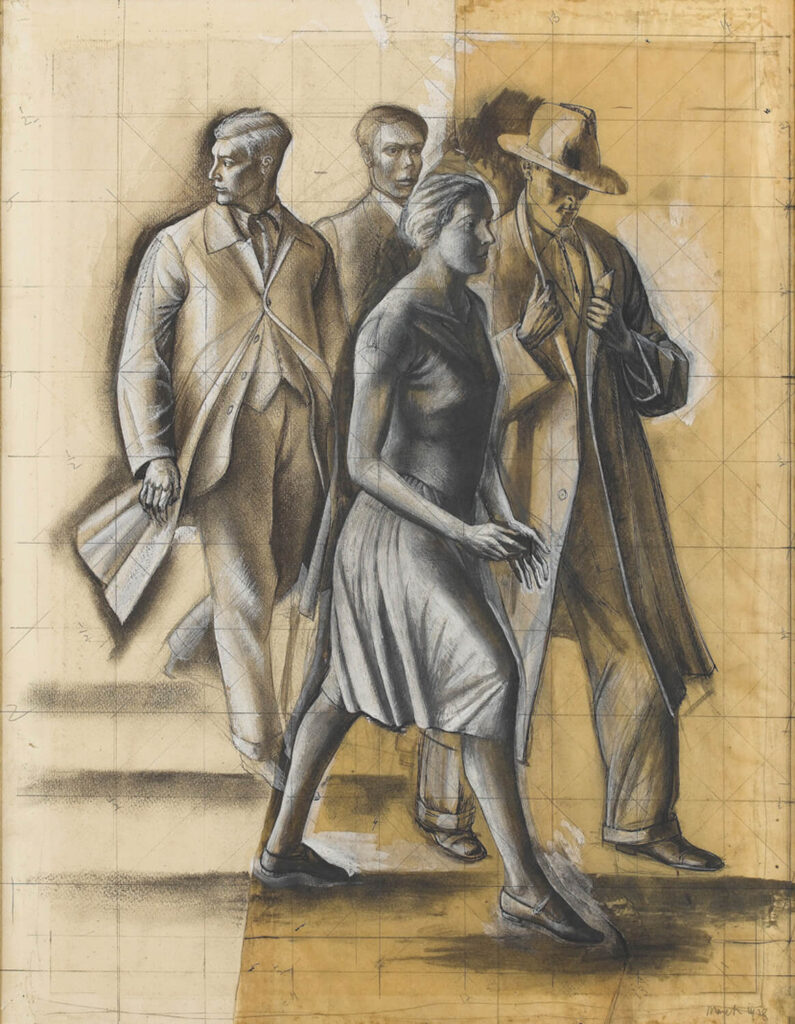 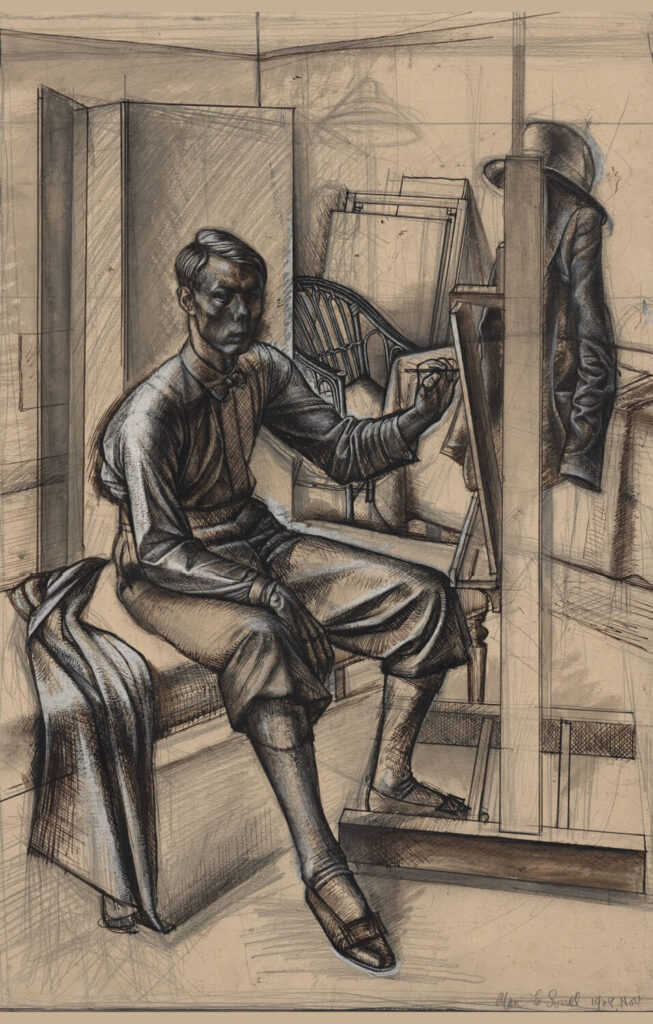