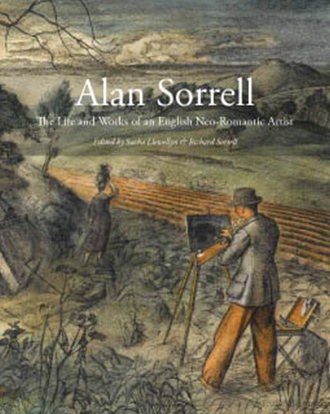 It is particularly fitting that this book should be published to coincide with the Sir John Soaneís Museumís aptly titled exhibition: ëAlan Sorrell ñ A Life Reconstructedí. This makes it possible at last to assess the full range of Sorrellís work and the underlying poetic vision that runs through it. Comprising a series of essays the book sets out to chart Sorrellís life and achievements, as well as illustrating the range and diversity of his talents, most works having never previously been reproduced. Ö Alan Sorrell (1904-1974) attended the Royal College of Art in the mid-1920s during a period which saw the emergence of talents such as Edward Bawden, Eric Ravilious, John Piper, Henry Moore and Barnett Freedman. This book demonstrates that though Sorrellís work has been less well documented his talent was comparable to that of artists more usually associated with the RCAís formidable reputation during the interwar years.